On 3 February 2018, the Delegation for 2018 Beijing One Belt and One Road Culture Tour (BOBORCT),jointly organized by China People’s Association for Friendship with Foreign Countries (CPAFFC) and Association for Philippines-China Understanding(APCU),and co-organized by Beijing People’s Association for Friendship with Foreign Countries(BPAFFC), Xicheng District People’s Government of Beijing Municipality and ASEAN-China Centre (ACC),arrived in Manila, the capital of the Philippines, and presented a performance in the Asia Mall. Attended the event were Mr. Li Yi, Deputy District Mayor of Xicheng District People’s Government of Beijing Municipality, Ms. Yu Zhou, Deputy Secretary-General of BPAFFC, Mr. Gabriel Lopez, Board Member and President of APCU, and Ms. Zhang Liwei, representative of ACC, and representatives from APCU, local citizens and reporters, totaling around 300 people. 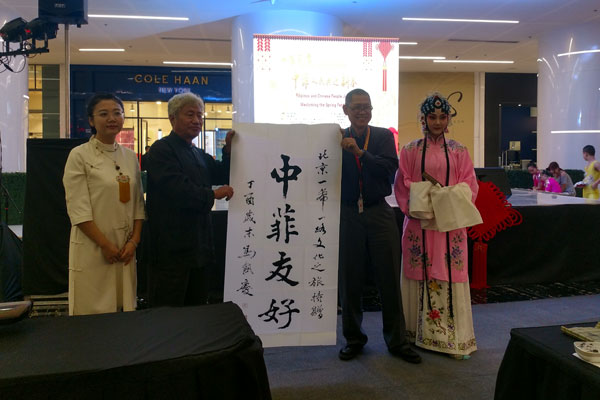 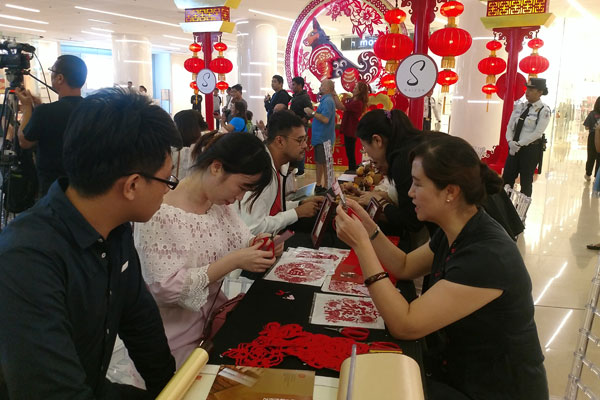 In the evening, the delegation was invited by Ms. Gloria Macapagal Arroyo, Chairman of APCU, to attend her family dinner. The two sides held cordial exchanges in a relaxed and friendly atmosphere. Chinese artists improvised intangible cultural heritage shows that were well received by all guests. Both sides stated that they would strengthen contact and communication with each other to jointly promote friendship and cooperation between China and the Philippines.

The event marked that 2018 Beijing One Belt and One Road Culture Tour to the Philippines ended successfully. During the four days, the delegation visited three cities and successfully presented three performances. The Tour made extensive contacts with officials of the relevant government agencies, non-governmental organizations, colleges, universities and local people in the Philippines. With art as a bridge, the delegation disseminated culture and deepened friendship with the Philippine people. The visit achieved good results.

Prev: Eastern extension line of Line 7 to open in 2019