Location Of China
China is situated between latitudes 18°and 54°North and longitudes 73°and 135° East, which is in Eastern Asia. Fourteen countries share boundaries with China. The total land boundaries of China measures 22,117 kilometers (13,743 miles) long.

The total area of China is 9,640,821 square kilometers (3,704,427 square miles). Its shape on the map is like a rooster.In terms of land area, the People's Republic of China is the second largest country in the world and in terms of total area, the fourth largest country in the world. China's shoreline extends approximately 14,500 kilometers (9,000 miles), the eleventh longest shoreline in the world. China is bordered by the South China Sea to the southeast and by the East China Sea towards the east, separating China from Korea, Taiwan, and Japan. 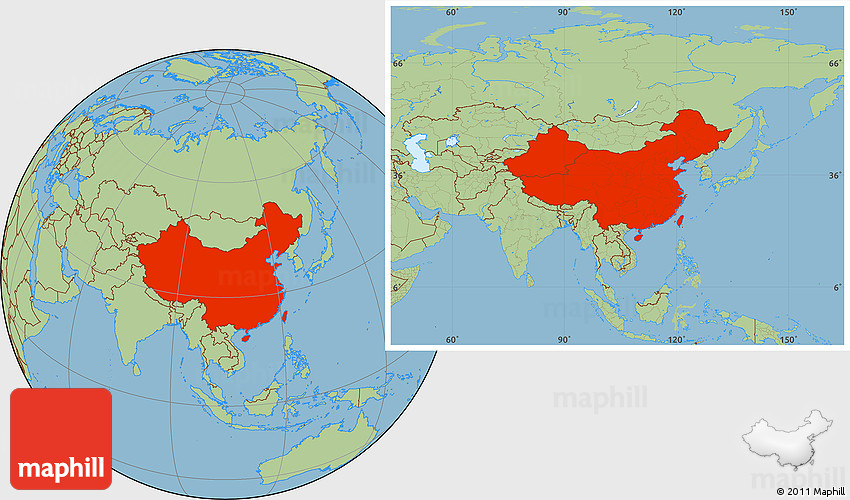 Geography Of China
The People’s Republic of China is located in Asia.It is bound by Kazakhstan, Mongolia, and Russia in the north; Japan, North Korea, South Korea, Taiwan and Philippines in the east; Vietnam, Laos, Burma, Bhutan, and Nepal in the south; and India, Pakistan, Afghanistan, and Kyrgyzstan in the west.

It has a great variety of climates and terrains. The south is wet and tropical, with some rainforest coverage. North-west China is covered in desert. In the very far north-east, close to Russia, the temperature can drop to -50oC in the winter.

In the west of China there are the Himalayas, with some of the highest mountains in the world. China's lowest point is in the Turfan Depression, at -154 metres below sea level. The Turfan Depression is also known as one of the 'furnaces' of China because of its incredible heat.The melting snows from the mountains in the west create the headwaters for two of China's most important rivers, the Yellow River and the Yangzi River.

Beijing is one of the largest cities in China along with Chongqing and Shanghai, and is also the capital of China. Beijing is one of the largest cities in the world, with a population of almost 20 million. Beijing is recognized as the political, educational, and cultural center of the People's Republic of China, while Shanghai predominates in the economic field. As one of the most developed cities in China, Beijing accounts for a large part of China's GDP. Beijing hosted the 2008 Olympic Games, and has become a major tourist destination, known for its cuisine, art, and opera.

Shanghai is the largest city proper in the entire world, its population reaching greater than 23 million. Shanghai is situated between Beijing and Hong Kong. Shanghai is known for its architecture, which features a variety of styles. Shanghai was long the center of culture for Asia, creating much of modern Chinese culture. 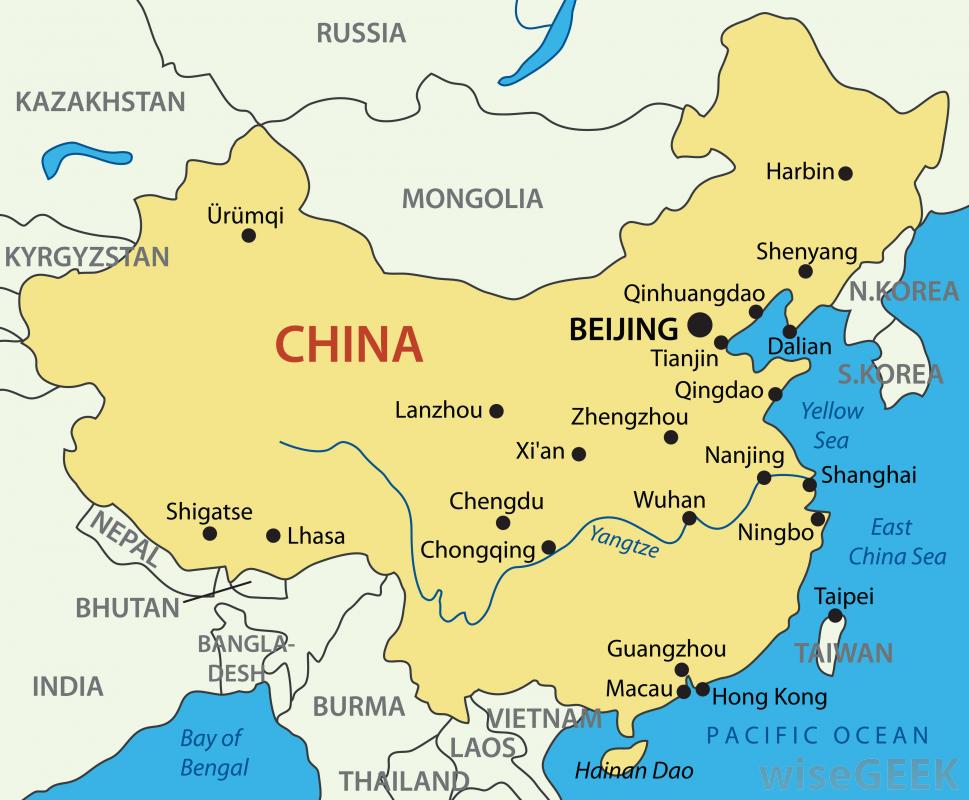 The life expectancy at birth in China is 75.5 years (2016 estimate). Estimated expenditure on healthcare for the year 2014 was 5.5% of the total gross domestic product (GDP).

The languages spoken in China are Chinese or Mandarin, Yue (Cantonese), Wu (Shanghainese), Minbei (Fuzhou), Minnan (Hokkien-Taiwanese), Xiang, Gan, Hakka dialects and other minority languages. The official language of the country is Mandarin, but some of the provinces have their own official languages. Zhuang is spoken in Guangxi Zhuang province, Yue in Guangdong province, Mongolian in Nei Mongol province, Uighur in Xinjiang Uygur province, Kyrgyz in Xinjiang Uyghur province, and Tibetan in Xizang (Tibet).

Travel
From historical monuments and large cities to beaches and diverse landscapes, China has plenty to offer to discerning travelers. Cities such as Beijing and Shanghai offer cultural experiences, low-cost shopping, nightlife, and historic sites. The regional varieties of food in China can be sampled across the country, as well as cuisines influenced by other nearby countries.

Education
The education system in the People's Republic of China is run by the state's Ministry of Education. Education is mandatory from age six to 15. The Chinese government has pledged to provide free education to students for nine years, from elementary school to middle school. Most children residing in urban parts of China also attend high school for three years after middle school. The education system in China has produced good results, with mathematics, science, and literacy programs at the top of world rankings.