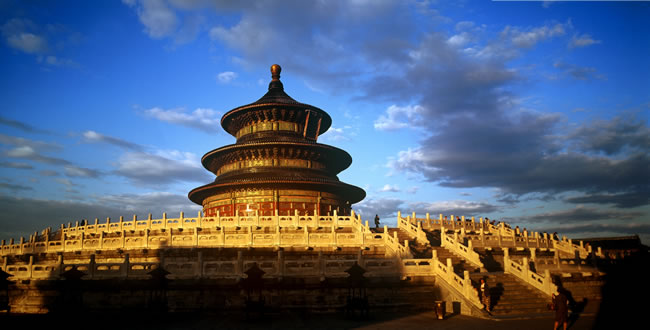 Location
Beijing is located at the northwest end of the Huabei (Northern China) Plain, about 150 Kilometers from the Bohai Sea in the southeast. The coordinates of Beijing is 39°54'50?N  116°23'30?E. Beijing borders Tianjin to the southeast and Hebei Province to the north, west and south. And the landform of this city basically falls away from northwest to southeast. See map of Beijing to view the exact location of Beijing . 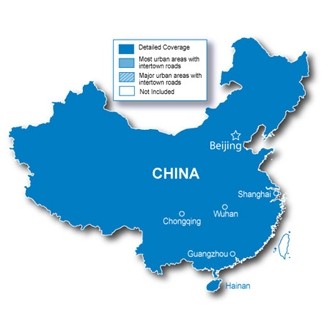 As capital of the People's Republic of China, Beijing serves as the nation's centre of politics, culture, international exchange and scientific innovation. With a history of over 3000 years and a capital history of more than 850 years (serving as the capital city of five ancient dynasties), Beijing is a famous historical and cultural city in the world and one of the four ancient Chinese capitals. As early as 700,000 years ago, primitive communities, as evidenced by the unearthed relics of "Peking man", had appeared at the Zhoukoudian Area of Beijing. The first documented name of Beijing was "Ji".

Few cities in the world have served for so long as the political headquarters and cultural centre of an area as immense as China. Encyclopedia Britannica describes Beijing as one of the greatest cities in the world, and asserted: "The city has been an integral part of China’s history over the past eight centuries, and nearly every major building of any age in Beijing has at least some national historical significance." Numerous historical sites such as the Forbidden City, the Temple of Heaven, the Summer Palace, the Old Summer Palace, and Beihai Park all add glamour to the city.

The vast urban area with both ancient appeal and modern prosperity, the broad plain spanning to the southeast, and Taihang Mountain and Yanshan Mountain lying magnificently in the northwest all endowed Beijing with unique charm. The relics of ancient gardens, temples and royal palaces have injected profound cultural connotation in the city; the steep cliffs, deep valleys, beautiful springs and waterfalls have covered a mysterious veil over its outskirts; the busy pedestrian streets and numerous business districts have provided vigour of life to this ancient city.

Today, Beijing has already developed into a modern international metropolis: the Financial Street has long been a veritable financial management centre of China, and the Central Business District is a symbol of Beijing's opening up and its economic strength. In addition, the National Theatre for Performing Arts, Terminal 3 of the Beijing Capital International Airport, the CCTV Headquarters Building, the "Bird's Nest", the "Water Cube", and a number of other buildings have also become the modern symbols of Beijing. Walking through hutongs in Beijing, you may find people of all races from around the world. With its brand-new image with both ancient and stylish features, Beijing is embracing more than 147 million visitors every year.

Administrative Division
Beijing is the capital of People’s Republic of China. It has a population of  over 20 million. There are 14 urban and suburban districts and two rural counties in Beijing. The following picture is Beijing administrative division 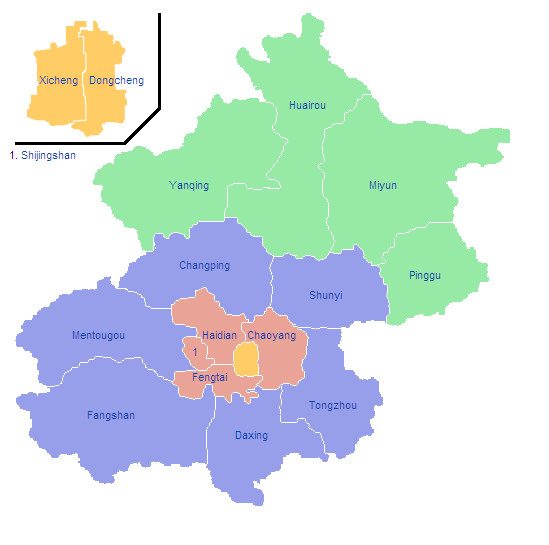 Medical Care
For foreigners who need to see a doctor in Beijing,there are clinics for foreigners in 29 hospitals in Beijing. Therefore, foreigners do not need to worry about the language barriers. The following are the list of the hospitals.


University
Peking University
As a famous university in China, it enjoys a high reputation in the world. In 2004, there were over 4000 international students from about 80 countries, including 1825 long-term students and approximately 2,600 short-term students who are studying in it.

Tsinghua University
As one of the most famous universities in China, it is located in the northwestern suburbs of Beijing. In 2007, over 2,200 international students are enrolled in it. They are from 85 countries and majored in science and technology, humanities, economics, management, law, arts and other areas.