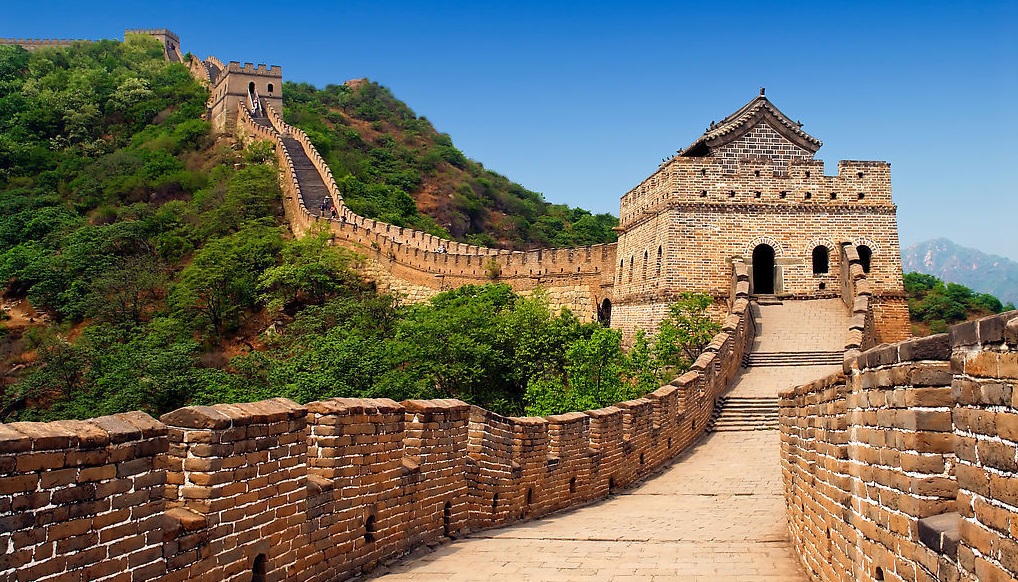 Introdution of The Great Wall
The Great Wall spans more than two thousand years and traverses 5,000 kilometers. The Great Wall, like the Pyramids of Egypt, the Taj Mahal in India and the Hanging Garden of Babylon, is one of the great wonders of the world.

Starting out in the east on the banks of the Yalu River in Liaoning Province, the Wall stretches westwards for 12,700 kilometers to Jiayuguan in the Gobi desert, thus known as the Ten Thousand Li Wall in China. As a cultural heritage, the Wall belongs not only to China but to the world. The Venice charter says: "Historical and cultural architecture not only includes the individual architectural works, but also the urban or rural environment that witnessed certain civilizations, significant social developments or historical events." The Great Wall is the largest of such historical and cultural architecture, and that is why it continues to be so attractive to people all over the world. In 1987, the Wall was listed by UNESCO as a world cultural heritage site.

History
During the time known as The Warring States Period (476-221 BCE), the different regions of China fought for control of the country during the collapse of the Eastern Zhou Dynasty (771-226 BCE). One state emerged victorious from this struggle: the state of Qin which is pronounced 'chin' and gives China its name. The general who led Qin to victory was Prince Ying Zheng who took the name `Qin Shi Huangti' (First Emperor) after conquering the other states.

Shi Huangti ordered construction of the Great Wall to consolidate his empire. The seven warring states each had walls along their border for defense, which Shi Huangti destroyed after he took power. As a sign that all of China was now one, the emperor decreed a great wall would be built along the northern border to defend against the mounted warriors of the nomadic Xiongnu of Mongolia; there would be no more walls marking boundaries between separate states in China because there would no longer be any separate states. His wall ran along a line further to the north than the present one, marking what was then the border between China and the Mongolian plains. The wall was constructed by unwilling conscripts and convicts who were sent north under guard from all over China for the purpose. Shi Huangti was not a benevolent ruler and was more interested in his own grandeur than the good of his people. His wall was not regarded by the Chinese people under the Qin Dynasty as a symbol of national pride or unity but as a place where people were sent to labor for the emperor until they died.

The present wall, whose image is so well known, is not Shi Huangti's wall from c. 221 BCE. There is actually very little of the original wall left today. When the Qin Dynasty fell in 206 BCE, the country split into the civil war known as the Chou-Han Contention, fought between the generals Xiang-Yu of Chou and Liu-Bang of Han, the two leaders who had emerged as the most powerful of those who had helped topple the Qin Dynasty. When Liu-Bang defeated Xiang-Yu in 202 BCE at the Battle of Gaixia, he became the First Emperor of the Han Dynasty and continued construction of the wall as a means of defense. He was also the first emperor to use the wall as a means of regulating trade along the Silk Routes (better known as The Silk Road) from Europe to China. 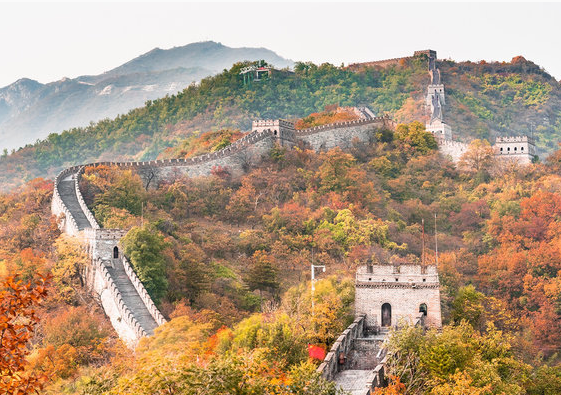 Passes
Passes were major strongholds along the wall, usually located at such key positions as intersections with trade routes. The ramparts of many passes were faced with huge bricks and stones, with dirt and crushed stones as filler. The bastions measured some 30 feet (10 metres) high and 13 to 16 feet (4 to 5 metres) wide at the top. Within each pass were access ramps for horses and ladders for soldiers. The outside parapet was crenellated, and the inside parapet, or yuqiang (nüqiang), was a low wall about 3 feet (1 metre) high that prevented people and horses from falling off the top. In addition to serving as an access point for merchants and other civilians, the gate within the pass was used as an exit for the garrison to counterattack raiders or to send out patrols. Under the gate arch there was typically a huge double door of wood. Bolts and locker rings were set in the inner panel of each door. On top of each gate was a gate tower that served as a watchtower and command post. Usually it stood one to three stories (levels) high and was constructed either of wood or of bricks and wood. Built outside the gate, where an enemy was most likely to attack, was a wengcheng, a semicircular or polygonal parapet that shielded the gate from direct assault. Extending beyond the most strategic wengchengs was an additional line of protection, the luocheng, which was often topped by a tower used to watch those beyond the wall and to direct troop movements in battles waged there. Around the gate entrance there was often a moat that was formed in the process of digging earth to build the fortifications.

Signal towers
Signal towers were also called beacons, beacon terraces, smoke mounds, mounds, or kiosks. They were used to send military communications: beacon (fires or lanterns) during the night or smoke signals in the daytime; other methods such as raising banners, beating clappers, or firing guns were also used. Signal towers, often built on hilltops for maximum visibility, were self-contained high platforms or towers. The lower levels contained rooms for soldiers, as well as stables, sheepfolds, and storage areas. 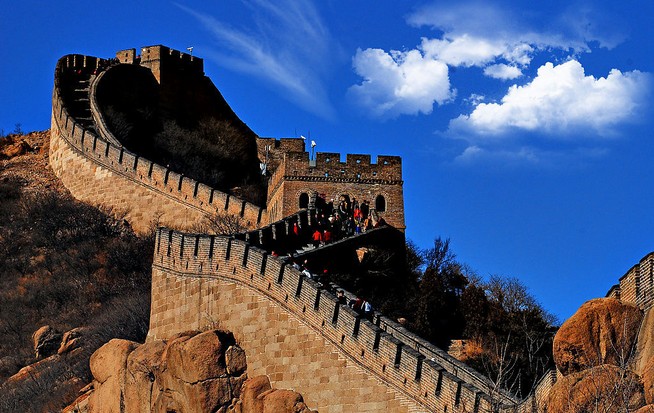 Walls
The wall itself was the key part of the defensive system. It usually stood 21.3 feet (6.5 metres) wide at the base and 19 feet (5.8 metres) at the top, with an average height of 23 to 26 feet (7 to 8 metres), or a bit lower on steep hills. The structure of the wall varied from place to place, depending on the availability of building materials. Walls were made of tamped earth sandwiched between wooden boards, adobe bricks, a brick and stone mixture, rocks, or pilings and planks. Some sections made use of existing river dikes; others used rugged mountain terrain such as cliffs and gorges to take the place of man-made structures.

In the western deserts the walls were often simple structures of rammed earth and adobe; many eastern ramparts, such as those near Badaling, were faced with stone and included a number of secondary structures and devices. On the inner side of such walls, placed at small intervals, were arched doors called juan, which were made of bricks or stones. Inside each juan were stone or brick steps leading to the top of the battlement. On the top, on the side facing outward, stood 7-foot- (2-metre-) high crenels called duokou. On the upper part of the duokou were large openings used to watch and shoot at attackers, and on the lower part were small openings, or loopholes, through which defenders could also shoot. At intervals of about 650 to 1,000 feet (200 to 300 metres) there was a crenellated platform rising slightly above the top of the wall and protruding from the side that faced attackers. During battle the platform provided a commanding view and made it possible to shoot attackers from the side as they attempted to scale the wall with ladders. On several platforms were simply structured huts called pufang, which provided shelter for the guards during storms. Some platforms, as with signal towers, had two or three stories and could be used to store weapons and ammunition. Those at Badaling commonly had two stories, with accommodations for more than 10 soldiers on the lower level. There were also drainage ditches on the walls to shield them from damage by excessive rainwater.

Tradition And Conservation
The Great Wall has long been incorporated into Chinese mythology and popular symbolism, and in the 20th century it came to be regarded as a national symbol. Above the East Gate (Dongmen) at Shanhai Pass is an inscription attributed to the medieval historian Xiao Xian, which is translated as “First Pass Under Heaven,” referring to the traditional division between Chinese civilization and the barbarian lands to the north.