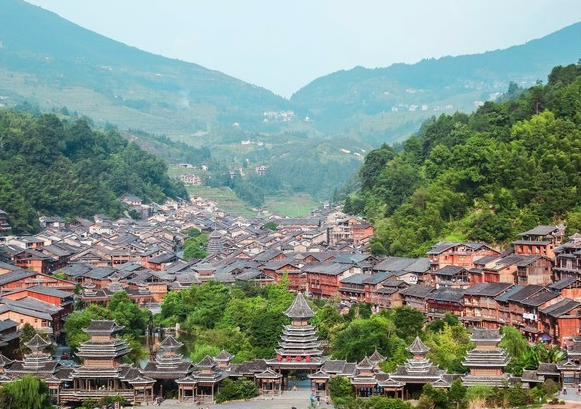 Introdution
China is a united multi-ethnic nation of 56 ethnic groups. As the majority (91.6 percent) of the population is of the Han ethnic group, China's other 55 ethnic groups are customarily referred to as ethnic minorities. According to the fifth national census in 2000, 18 ethnic minorities have a population of over one million, namely the Zhuang, Manchu, Hui, Miao, Uygur, Yi, Tujia, Mongolian, Tibetan, Bouyei, Dong, Yao, Korean, Bai, Hani, Li, Kazak and Dai. Of these the Zhuang ethnic group has the biggest population, numbering 16.179 million. There are 17 ethnic groups with a population of between 100,000 and one million, namely the She, Lisu, Gelao, Lahu, Dongxiang, Va, Sui, Naxi, Qiang, Tu, Xibe, Mulam, Kirgiz, Daur, Jingpo, Salar and Maonan. There are 20 ethnic groups with a population of between 10,000 and 100,000, namely, Blang, Tajik, Primi, Achang, Nu, Ewenki, Gin, Jino, Deang, Ozbek, Russian, Bonan, Monba, Oroqen, Derung, Tatar, Hezhen, Gaoshan (excluding the Gaoshan ethnic group in Taiwan) and Lhoba. The Lhoba ethnic group, at 2,965, has the smallest population.

The Han people can be found throughout the country, mainly on the middle and lower reaches of the Yellow River, the Yangtze River and the Pearl River valleys, and the Northeast Plain. The 55 ethnic minorities, though fewer in number, are also scattered over vast areas and can be found in approximately 64.3 percent of China, mainly distributed in the border areas of northeast, north, northwest and southwest China. Yunnan Province, home to more than 20 ethnic groups, has the greatest diversity of ethnic groups in China. Over China's long history, repeated instances of ethnic group migrations, opening up new land for cultivation, emigration, relocation of the ruling dynasty, and a host of other reasons, gave rise to the situation of "living together over vast areas while some living in compact communities in small areas." This continues to provide the practical basis for political, economic and cultural intercourse between the Han and the various minority peoples, and for the functioning of the regional ethnic autonomy system.

Distribution Characteristic of China Ethnic Groups
Due to the communication between Chinese various nationalities and the movement of population mutually, it forms a basic distribution characteristic of China Ethnic Groups: two or more nationalities living together in a large area but one nationality inhabiting a region.The Han people live almost every region in China no matter from east to west or south to north but primarily in the east and southeast while ethnic minorities in China, mostly concentrated along the silk road,  in the north, northeast, south, and southwest but with some in central interior areas.

According to the census statistics on November 20, 1990, Yunnan owned the most ethnic groups in China that 25 minority nationalities live there and population of each nationality is over 5000 people, such as Yi, Zhuang, Hui, Tibetan, Miao, Buyei,Mongol, Sui, Manchu and Yao, etc. The most important thing is that  15 minority ethnic groups among 25 only live in Yunnan: Bai, Hani, Dai, Lisu,Va, Lahu, Achang, Nakhi, Jingpo, Blang, Pumi, Nu, Jino, Deang and Derung. In other words, if you want to know the customs about these minority ethnic groups, you must go to Yunnan.

Zhuang
The Zhuang are one of China's most populous ethnic groups, with a large majority living in Guangxi Zhuang Autonomous Region in southern China. The Zhuang people have their own language, but most of them can speak Chinese dialects. 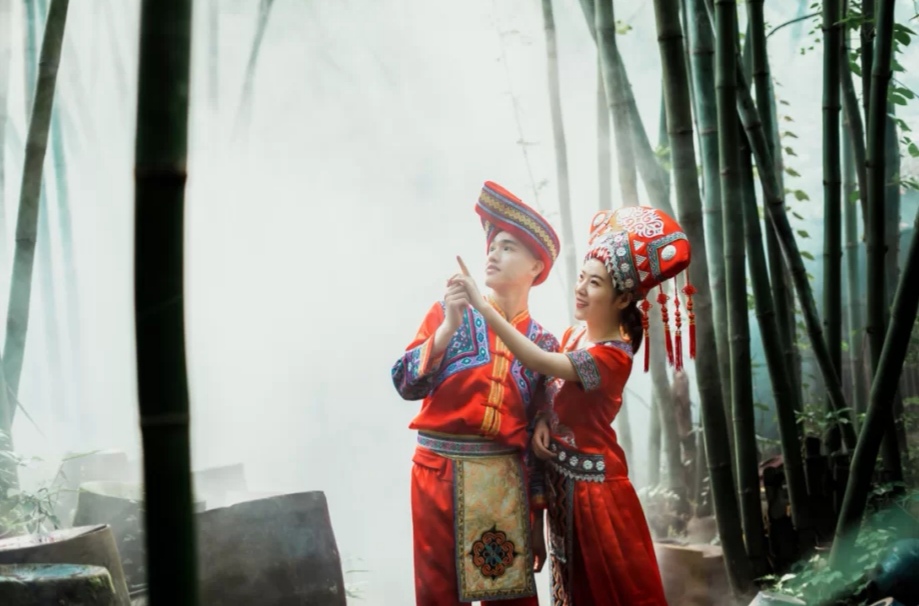 Historically, the Zhuang have supported the Communist rule and have had close ties with the Han for centuries. Zhuang clothing is generally similar to that of the Han.

Hui
The Hui are concentrated in Ningxia Hui Autonomous Region in northwest China; they are also spread out across Xinjiang. Like the Uighurs, the Hui practice Islam and are descendents of the Turks. However, they have not retained a Turkish dialect and instead mainly speak Mandarin Chinese. As a result of sharing a language, the Hui and the Han have also come to share many customs, including a very similar dress.

Yao
Most Yao live in southern China's Guangxi Zhuang Autonomous Region, with the rest scattered among mountain communities. The Yao consist of several smaller ethnic subgroups, which is why until the founding of the People's Republic in 1949, the ethnic group had several names including Panyao, Shanziyao, Guoshanyao, Pindiyao and Baikuyao. Following the revolution, however, the name "Yao" was officially adopted after the group's language that belongs to the Yao branch of Chinese-Tibet. However, the Yao do not have their own written language and therefore have come to use Chinese characters. This in turn has caused the Yao to become familiar with the Han and their customs.

Uighurs
Sometimes called China's "other Tibet," the Uighur ethnic minority has a long history in Xinjiang Province, in the northwest region of the country. Like Tibetans, they are a non-Han indigenous group that has claimed autonomy from Beijing since coming under Communist rule in 1949. Distant relatives of the Turks, most Uighurs practice Islam and account for more than half of all Muslims in China. The group has their own language which belongs to the Turkic group of the Altaic branch, while their written language is based on Arabic characters. Uighurs generally live in more rural areas, dominating the agricultural river valleys of the West, growing mainly wheat, maize, paddy rice and cotton. Uighur means "unity" or "alliance."