Overview
Transport in China has experienced major growth and expansion in recent years. Airports, roads, and railway construction will provide a massive employment boost in China over the next decade.

Much of contemporary China's transport systems have been built since the establishment of the People's Republic in 1949. Prior to 1950, there were only 21,800 km (13,546 mi) of railway lines. In 2010, the railway network has since been expanded to 90,000 km (55,923 mi). Rail travel remained the most popular form of transport, although air travel has also experienced significant growth since the late 1990s. The government-led effort — that began in the 1990s — to connect the country by expressways via the "National Trunk Highway System" has expanded the network to about 97,000 km (60,273 mi) by the end of 2012 making China's the longest expressway network in the world.

The development of Chinese Transportation
In the 1980s the updating of transportation systems was given priority, and investment and improvements were made throughout the transportation sector. Roads were built between large, medium, and small towns as well as between towns and railroad connections. The maritime fleet made hundreds of port calls in virtually all parts of the world, but the inadequate port and harbor facilities at home still caused major problems. Civil aviation underwent tremendous development during the 1980s.

In 1986 a contract system for the management of railroad lines was introduced in China. Five-year contracts were signed between the ministry and individual railroad bureaus that were given responsibility for their profits and losses. The merchant fleet was operated by the China Ocean Shipping Company (COSCO), a state-owned enterprise. The national airline was run by the General Administration of Civil Aviation of China (CAAC).Regional airlines were run by provincial-level and municipal authorities. Highways and inland waterways were the responsibilities of the Ministry of Communications.  Trucking and inland navigation were handled by government-operated transportation departments as well as by private enterprises

At the end of the Seventh Five-Year Plan, the total length of highways was increased to 1 million kilometers from the existing 940,000 kilometers. Air passenger traffic was increased by an average of 14.5 percent annually over the 5-year period, and air transportation operations were to be decentralized. Existing airports were upgraded and new ones built.

What kind of transportation does china have?
Rail transport
China's first railroad line was built in 1876. In the 73 years that followed, 22,000 kilometers of track were laid, but only half were operable in 1949. Between 1949 and 1985, more than 30,000 kilometers of lines had been added, mostly in the southwest or coastal areas where previous rail development had been concentrated. By 1984 China had 52,000 kilometers of operating track, 4,000 kilometers of which had been electrified. 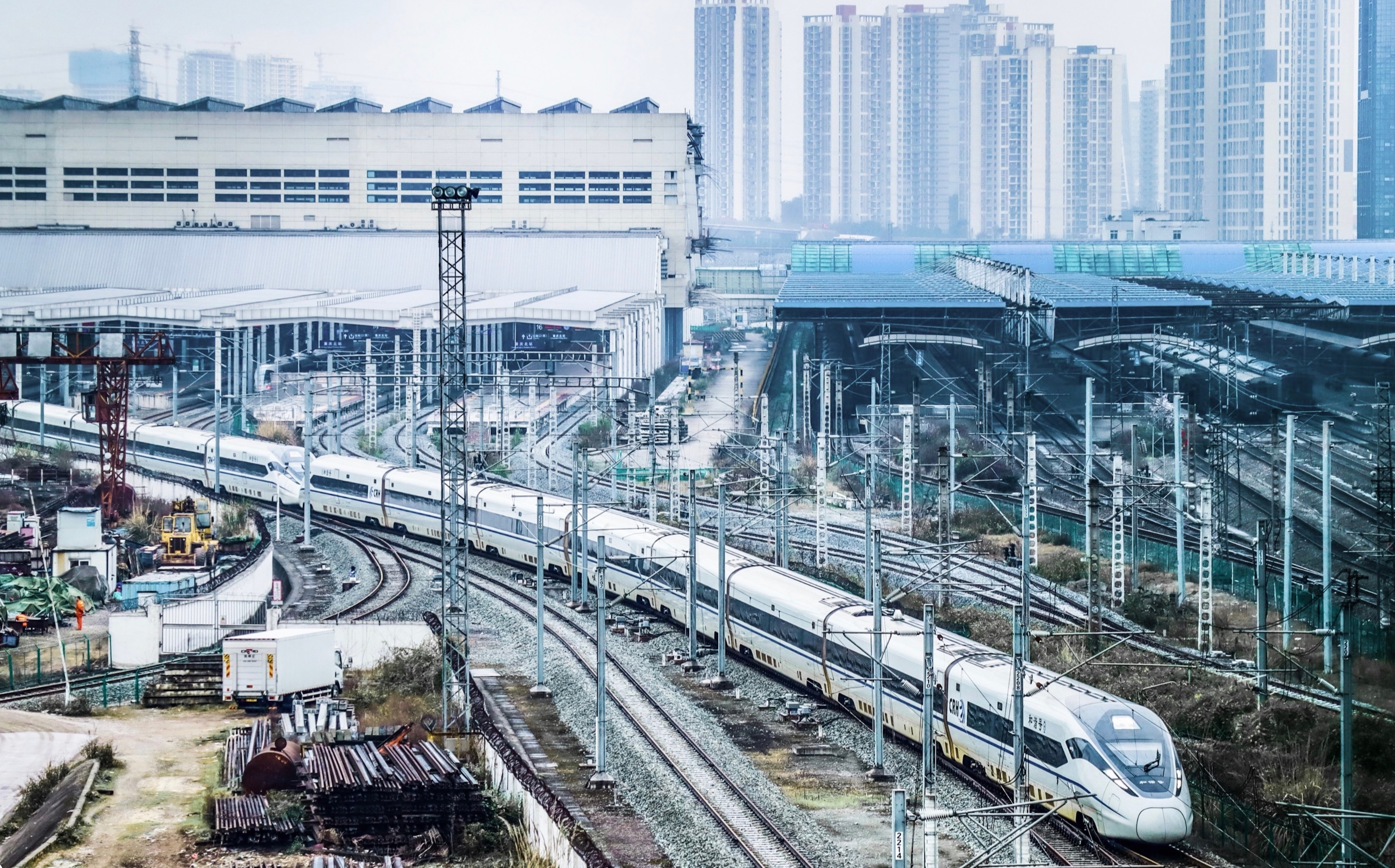 The train is one of the main means of transportation in China and the national rail network is one of the biggest of the world. The total mileage of railways open to traffic in China amounts to 124 thousand kilometers. The number of passengers transported by train has reached 2.5 billion. Chinese railway service boasts domestic and international operations.

The advantages of train travel in china
Train travel is suitable for the tourists who like to kill time leisurely on their journey. Self-driving travel may sound free and convenient, but train travel also has its own advantages. In the first place, train travel can help you meet many new friends who will share with you their experience on the train, so you will not feel lonely. In the second place, it is an visual enjoyment to appreciate the sceneries along the way through train window. You can have much time to think about something that has troubled you or shocked you. The last but not least, train travel is more relaxing than self-driving travel since you should not worry about whether there is traffic jam on the way or sufficient gasoline in the tank.

China Train Travel Tips
How to Book China Train Tickets
There are a couple of different ways to book your China train tickets, if you are plan to travel around China during the holidays, such as Labor Day, National Holiday, Chinese New Year... you'd better book the train tickets in advance.
1) Book train tickets online on your own, you can buy China train tickets online with www.trip.com or www.12306.cn (it's the official webiste for China train tickets but only in Chinese); You can use your credit card to pay on trip.com, the tikcets are available to purchase up to 60 days in advance and at least 35 minutes before the train’s departure. For train ticket pickup, go to any railway station or authorized ticket office in Mainland China with your ticket pickup number along with the ID or Passport that you used for booking.

2) Buy train tickets at train stations, the ticket windows at Chinese train stations are open 24 hours a day. There is a windows for foreigners or English-speaking staff in Beijing train station. The self-service machines that you see next to train station ticket windows can only be used with Mainland China ID cards. When you tell the staff where you want to go and at what time, you will be shown available trains and departure times on the screen. Choose the best ticket for your trip, hand over your valid ID and payment, and the tickets will be printed for you.

3) Ask for your hotel staff or local agent to help you to book the train tickets in advance.

How to take trains in China
Firstly, you should find the main entrance to enter the station and go through security with your train tickets and vaild passport or ID Card. Then, you should check the big screens to find the information of your train and from which gate is departing, go to find your check gate and wait nearby since the gate will open 15 minutes before your departure time. Once the gate open pass the ticket trough the electronic machine to get access to the platform. Next, you need to find your right number of carriage and seat according to the information on your train tickets. Enjoy the wonderful train journey, the train may stop at different stations before reaching your destination, but no worries the stops will be announced in English as well. Please keep your ticket since it still reuqired when you arrive.

Subways
China's first subways (or metro) opened to traffic in Beijing in 1970, and Tianjin in 1980, respectively, and subway systems were planned for construction in Harbin, Shanghai, and Guangzhou beginning in the 1980s. In its first phase, the Beijing subway system had 23.6 kilometers of track and 17 stations. In 1984 the second phase of construction added 16.1 kilometers oftrack and 12 stations, and in 1987 additional track and another station were added to close the loop on a now circular system. In 1987 there were plans to upgrade the signaling system and railcar equipment on seventeen kilometers of the first segment built. The subway carried more than 100 million passengers in 1985. In 1987 this accounted for only 4 percent of Beijing's 9 million commuters. 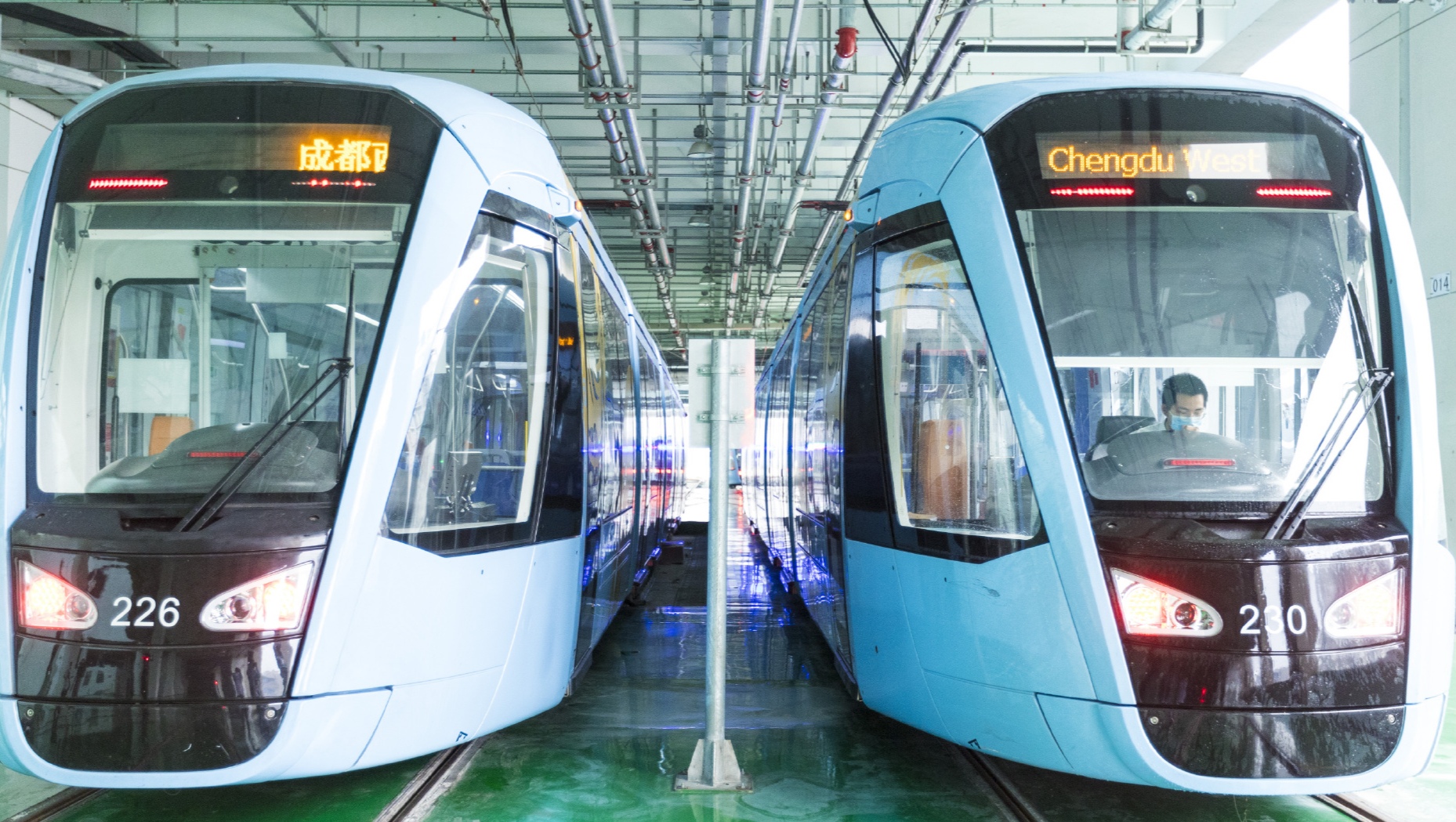 China's highways carried 660 million tons of freight and 410 million passengers in 1985. In 1984 the authorities began assigning medium-distance traffic (certain goods and sundries traveling less than 100 kilometers and passengers less than 200 kilometers) to highways to relieve the pressure on railroads. Almost 800 national highways were used for transporting cargo.

Inland waterways
Inland navigation is China's oldest form of transportation. Despite the potential advantages of water transportation, it was often mismanaged or neglected in the past. Beginning in 1960 the network of navigable inland waterways decreased further because of the construction of dams and irrigation works and the increasing sedimentation. But by the early 1980s, as the railroads became increasingly congested, the authorities came to see water transportation as a much less expensive alternative to new road and railroad construction.

Maritime shipping
China has 110,000 kilometers of navigable rivers, streams, lakes, and canals, more than any country in the world. The Heilong Jiang; Yangtze River; Xiang River, a short branch of the Yangtze; Pearl River; Huangpu River; Lijiang River; and Xi Jiang are the main ones.

The Grand Canal is the world’s longest canal at 1,794 km and serves 17 cities between Beijing and Hangzhou. It links five major rivers: the Haihe, Huaihe, Huanghe, Qiantang, and Yangtze. Construction of new railways and highways has diminished the use of China's rivers for passenger transport.

Air transportation
Airlines in China offer safe and comfortable service for travelers. Presently, there are about 1,279 air routes. Among them, 1,035 are domestic, including the routes to Hong Kong and Macau, and 244 are international. Most airlines and airports provide world-class services and facilities. They are all under the charge of the General Administration of Civil Aviation of China (CAAC).

The following are the major reliable airlines in China: