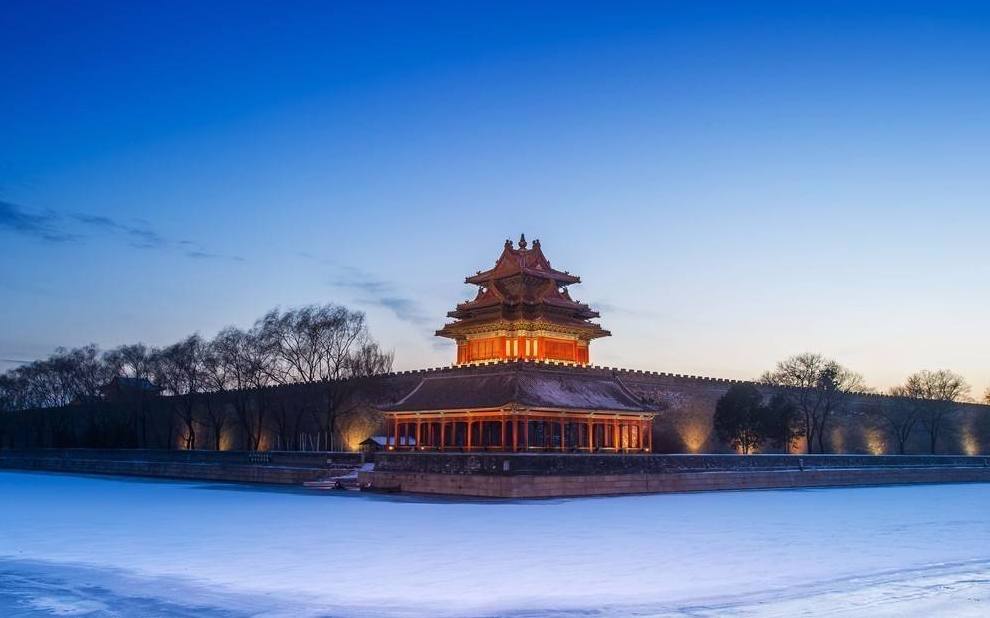 A Brief Introduction of Forbidden City
The Forbidden City was the Chinese imperial palace from the Ming Dynasty to the end of the Qing Dynasty. It is located in the middle of Beijing, China, and now houses the Palace Museum. For almost five centuries, it served as the home of the Emperor and his household, as well as the ceremonial and political centre of Chinese government.

Built from 1406 to 1420, the complex consists of 980 surviving buildings with 8,707 bays of rooms and covers 720,000 square metres (7,800,000 square feet). The palace complex exemplifies traditional Chinese palatial architecture, and has influenced cultural and architectural developments in East Asia and elsewhere. The Forbidden City was declared a World Heritage Site in 1987, and is listed by UNESCO as the largest collection of preserved ancient wooden structures in the world.

Since 1925, the Forbidden City has been under the charge of the Palace Museum, whose extensive collection of artwork and artifacts were built upon the imperial collections of the Ming and Qing dynasties. Part of the museum's former collection is now located in the National Palace Museum in Taipei. Both museums descend from the same institution, but were split after the Chinese Civil War. 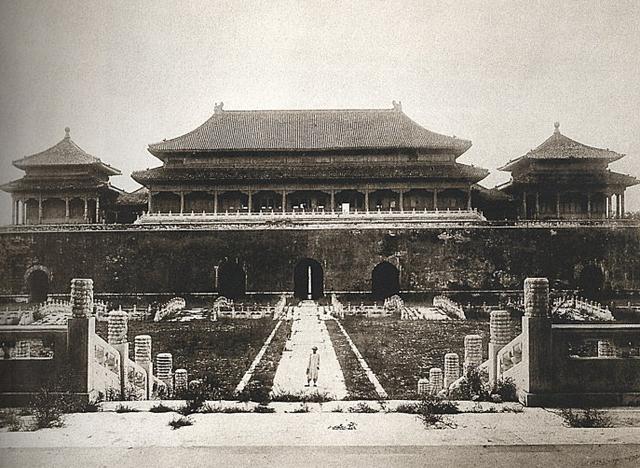 History of Forbidden City
When Hongwu Emperor's son Zhu Di became the Yongle Emperor, he moved the capital from Nanjing to Beijing, and construction began in 1406 on what would become the Forbidden City.

Construction lasted 14 years and required more than a million workers.Material used include whole logs of precious Phoebe zhennan wood found in the jungles of south-western China, and large blocks of marble from quarries near Beijing. The floors of major halls were paved with "golden bricks", specially baked paving bricks from Suzhou.

From 1420 to 1644, the Forbidden City was the seat of the Ming dynasty. In April 1644, it was captured by rebel forces led by Li Zicheng, who proclaimed himself emperor of the Shun dynasty.He soon fled before the combined armies of former Ming general Wu Sangui and Manchu forces, setting fire to parts of the Forbidden City in the process.

By October, the Manchus had achieved supremacy in northern China, and a ceremony was held at the Forbidden City to proclaim the young Shunzhi Emperor as ruler of all China under the Qing dynasty. The Qing rulers changed the names on some of the principal buildings, to emphasise "Harmony" rather than "Supremacy",made the name plates bilingual (Chinese and Manchu), and introduced Shamanist elements to the palace.

After being the home of 24 emperors – 14 of the Ming dynasty and 10 of the Qing dynasty – the Forbidden City ceased being the political centre of China in 1912 with the abdication of Puyi, the last Emperor of China. Under an agreement with the new Republic of China government, Puyi remained in the Inner Court, while the Outer Court was given over to public use, until he was evicted after a coup in 1924. The Palace Museum was then established in the Forbidden City in 1925. In 1933, the Japanese invasion of China forced the evacuation of the national treasures in the Forbidden City. Part of the collection was returned at the end of World War II, but the other part was evacuated to Taiwan in 1948 under orders by Chiang Kai-shek, whose Kuomintang was losing the Chinese Civil War. This relatively small but high quality collection was kept in storage until 1965, when it again became public, as the core of the National Palace Museum in Taipei. 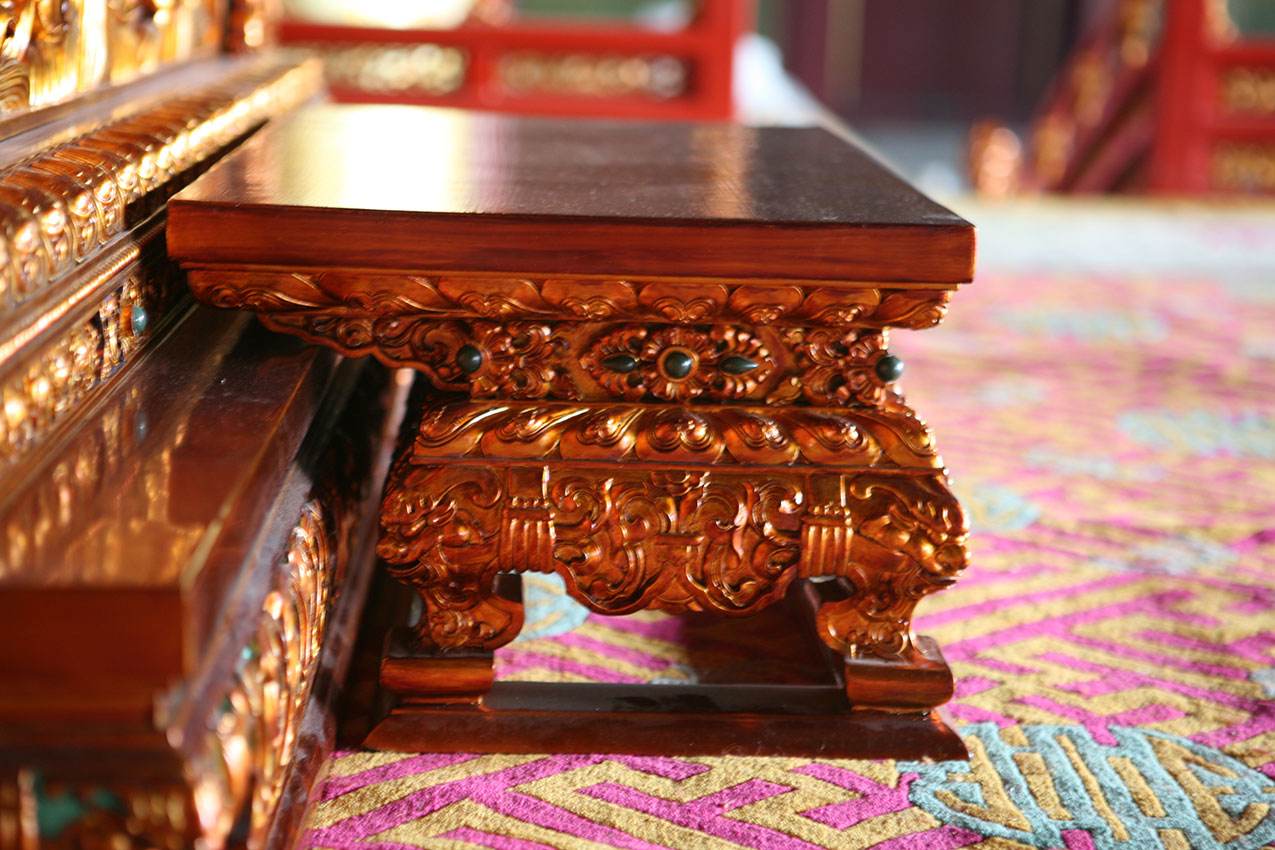 After the establishment of the People's Republic of China in 1949, some damage was done to the Forbidden City as the country was swept up in revolutionary zeal. During the Cultural Revolution, however, further destruction was prevented when Premier Zhou Enlai sent an army battalion to guard the city.

The Forbidden City was declared a World Heritage Site in 1987 by UNESCO as the "Imperial Palace of the Ming and Qing Dynasties", due to its significant place in the development of Chinese architecture and culture. It is currently administered by the Palace Museum, which is carrying out a sixteen-year restoration project to repair and restore all buildings in the Forbidden City to their pre-1912 state.

Features & Symbolize
Since yellow is the symbol of the royal family, it is the dominant color in the Forbidden City. Roofs are built with yellow glazed tiles; the decorations in the palace are painted yellow; even the bricks on the ground are made yellow by a special process. However, there is one exception. Wenyuange, the royal library, It has a black roof. the reason is that was believed black represented water then and could extinguish fire.

Nowadays, the Forbidden City, or the Palace Museum is open to tourists from home and abroad. Splendid painted decoration on these royal architectural wonders, the grand and deluxe halls, with their surprisingly magnificent treasures will certainly satisfy 'modern civilians'.

Collections in Forbidden City
The collections of the Palace Museum are based on the Qing imperial collection. According to the results of a 1925 audit, some 1.17 million pieces of art were stored in the Forbidden City. In addition, the imperial libraries housed a large collection of rare books and historical documents, including government documents of the Ming and Qing dynasties.

Today, there are over a million rare and valuable works of art in the permanent collection of the Palace Museum, including paintings, ceramics, seals, steles, sculptures, inscribed wares, bronze wares, enamel objects, etc. 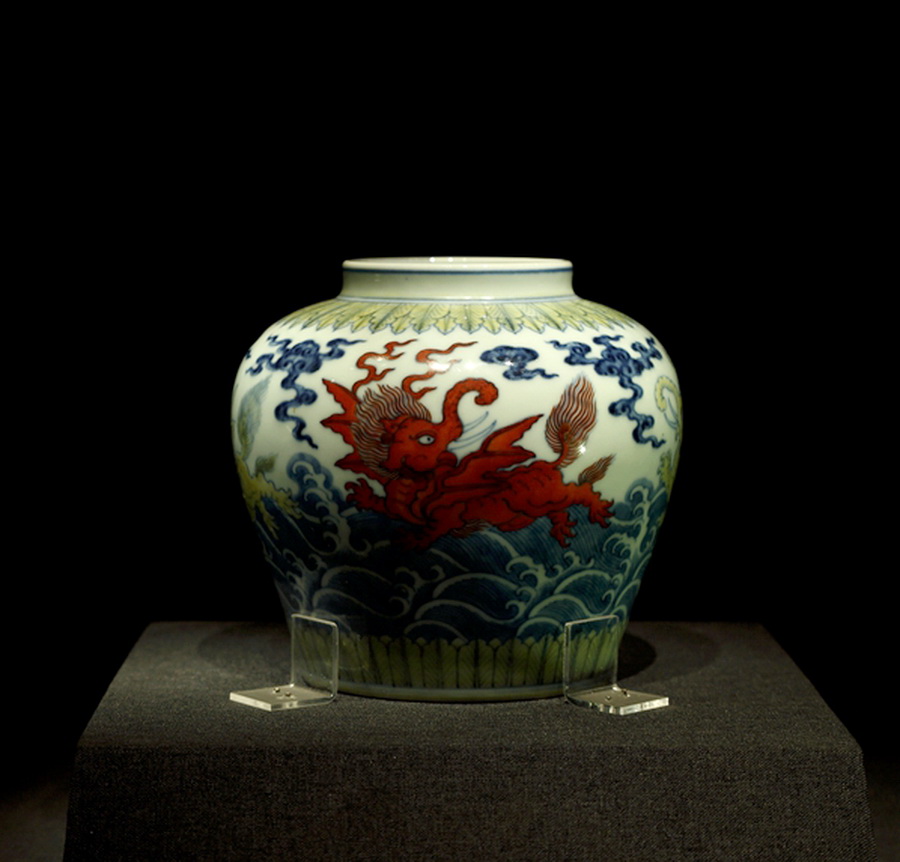 Painting
The Palace Museum holds close to 50,000 paintings. Of these, more than 400 date from before the Yuan dynasty (1271–1368). This is the largest such collection in China. The collection is based on the palace collection in the Ming and Qing dynasties. The personal interest of Emperors such as Qianlong meant that the palace held one of the most important collections of paintings in Chinese history.

Bronzeware
The Palace Museum's bronze collection dates from the early Shang dynasty. Of the almost 10,000 pieces held, about 1,600 are inscribed items from the pre-Qin period (to 221 BC). A significant part of the collection is ceremonial bronzeware from the imperial court. 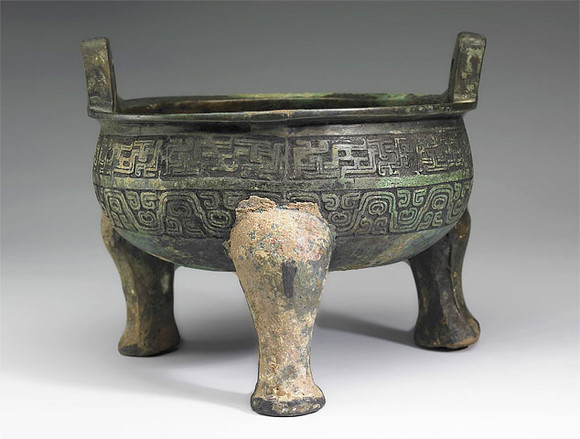 Jade
Jade has a unique place in Chinese culture. The Museum's collection, mostly derived from the imperial collection, includes some 30,000 pieces. The pre-Yuan dynasty part of the collection includes several pieces famed throughout history, as well as artefacts from more recent archaeological discoveries. The earliest pieces date from the Neolithic period. Ming dynasty and Qing dynasty pieces, on the other hand, include both items for palace use, as well as tribute items from around the Empire and beyond. 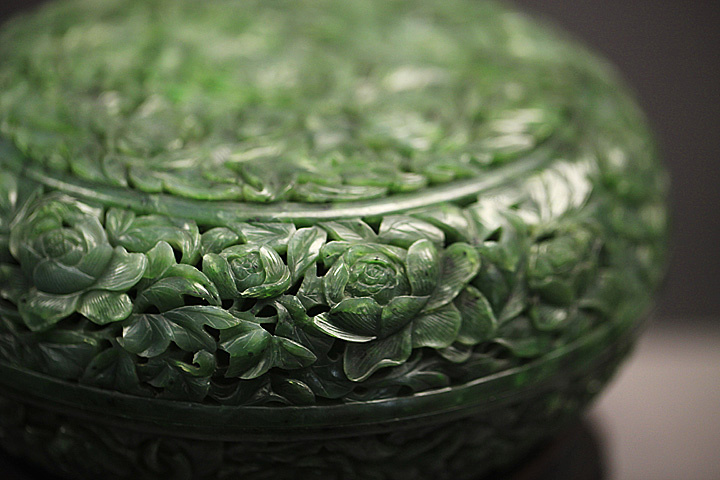 Location
Forbidden City is rightly located at the center of Beijing City, very close to Tiananmen Square. You could easily find it and get there by taxi, subway, bus, bicycle, etc.

6 km from Temple of Heaven

If you go there by subway, you could take the metro line 1 to get off at Tiananmen East Stop (????), walking about 900 m, and then enter Forbidden City form the Meridian Gate.