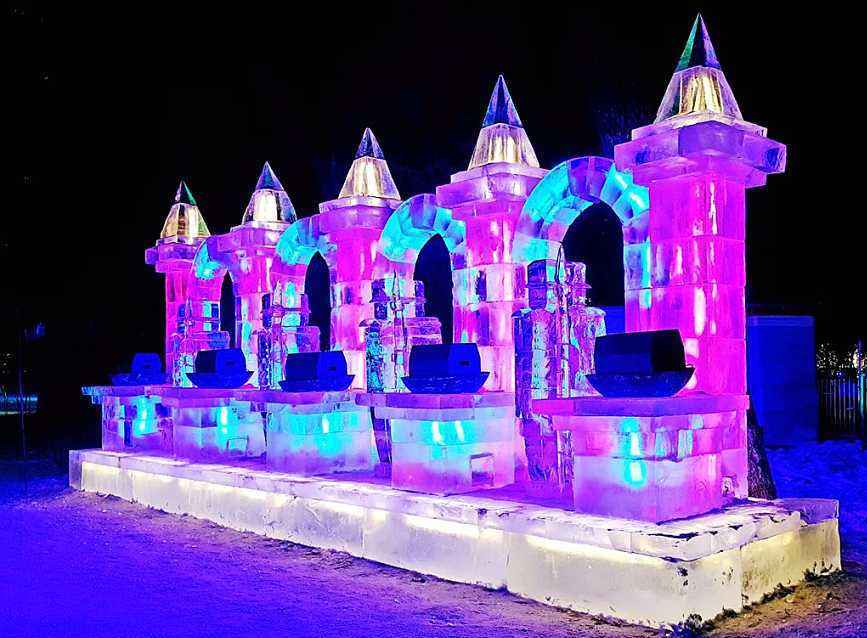 Harbin International Ice and Snow Sculpture Festival, shortly, Harbin Ice Festival was called and originated from local Harbiner traditional ice lantern show garden party (aka ice lantern fair) in winter. Its history can be dated back to last century. From 1978 to 1982, many tourists flocked to Harbin to see the ice lanterns, more and more local people began to enjoy some winter activities, such as skating, snow skiing, sledding, ice sailing, winter swimming , and they held many ice/snow sculpture competitions during these years. This tendency drew the attention of the concerned departments. Some officials of Propaganda Department of Harbin Municipal Party Committee got a festival sponsor idea when they led Hong Kong and Macau officials to the ice lantern show and earned a praise in 1983. On October 10, 1983, the officials approached Harbin Municipal Party Committee with a suggestion, then the suggestion was submitted to Heilongjiang Provincial Party Committee, the suggestion was adopted after one years. Then the first Harbin Ice Festival held with grand ceremony at Zhaolin Park on January 5 in 1985 and was announced as an annual event lasting nearly two months until very late February. In 2001, Harbin Ice Festival was merged with Heilongjiang International Ski Festival and got its new formal name China Harbin International Ice and Snow Sculpture Festival.

Ice Lantern Fair Location
The fair is lacated in Zhaolin Park, at the northern end of Zhaolin Street in Daoli District. The address is No. 74 Friendship Road (Youyi Lu), Daoli District, Harbin