A Brief Introduction of Chinese KungFu
Chinese Kung Fu, also known as Wushu or martial arts in China, is traditional Chinese sport and one of the most familiar examples of Chinese traditional culture. It is characterized by a variety of armed combat techniques. Chinese Kung Fu is very rich in form and content, including Taijiquan, Qigong (breathing exercise), Neigong (internal exercise), Tongzigong (children's exercise), Houquan (Monkey's Shadow boxing), Tanglangquan (Mantis' Shadow Boxing), and a humorous one Zuiquan—performed by a drunkard. Chinese Kung Fu can increase energy, fitness, coordination, mental well-being, self-discipline and confidence; it requires the concentrated coordination of the mind and body. There are two kinds of Chinese Kung Fu-?external" and "internal" Kung Fu. It is said that "In external Kung Fu, you exercise your tendons, bones, and skin; in internal kung fu, you train your spirit your qi (vitality), and your mind." 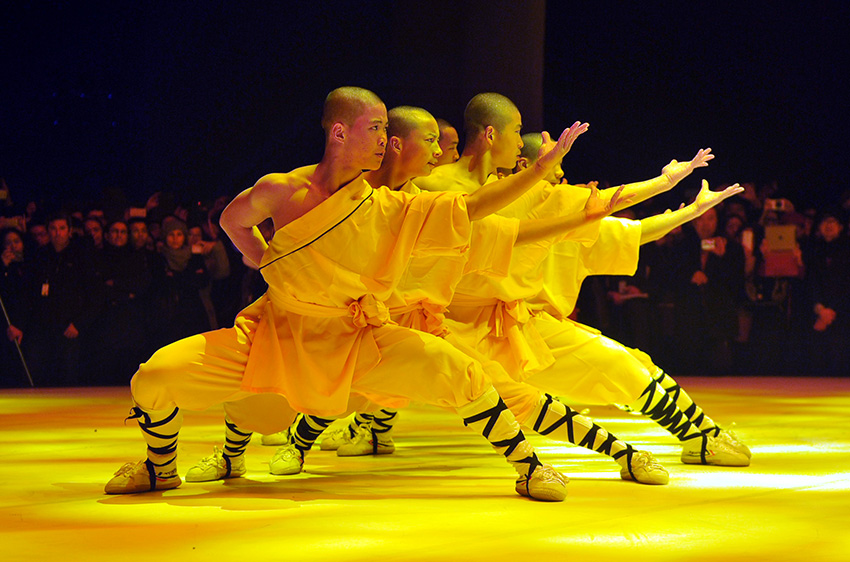 The History and the Development of Chinese Kung Fu
The history of Chinese Kung Fu can be traced to self-defense needs and hunting activities in ancient China. In the ancient times people lived by hunting for their food and fighting wild beasts. In Shang Dynasty (1600 ~1100 BC), hunting was regarded as an important measure of Kung Fu training, and this lead to Shoubó Kung Fu, one example of ancient Chinese Kung Fu, being developed. Later, in Zhou Dynasty (11th century BC~221 BC), Chinese Kung Fu developed as a kind of dancing—martial arts dancing.

Styles of Chinese Martial Arts
There are hundreds of different styles of Chinese martial arts, each with their own sets of techniques and ideas. The concept of martial arts styles appeared from around the Ming dynasty (1368-1644). Before the Ming period, martial skills were differentiated only by their lineage. There are common themes among these styles which allow them to be grouped according to generalized "families", "sects" , "class" , or "schools" of martial art styles. There are styles that mimic movements from animals and others that gather inspiration from various Chinese philosophies or mythologies. Some styles put most of their focus into the belief of the harnessing of qi energy, while others concentrate solely on competition or exhibition.

The rich variety of styles has led to the creation of numerous classification schemes. Geographical location such as regional affiliation is one well-known example. A particular Chinese martial arts style can be referred to as either a northern fist or a southern fist depending on its point of origin. Additional details such as province or city can further identify the particular style. Other classification schemes include the concept of external and internal. This criterion concerns the training focus of a particular style. Religious affiliation of the group that found the style can also be used as a classification. The three great religions of Taoism, Buddhism and Confucianism have associated martial arts styles. There are also many other criteria used to group Chinese martial arts; for example, imitative-styles and legendary styles; historical styles and family styles. Another more recent approach is to describe a style according to their combat focus.

Geographical Classifications
The traditional dividing line between the northern and southern Chinese martial arts is the Yangtze River. A well-known adage concerning Chinese martial arts is the term "Southern fists and Northern kicks" (????). This saying emphasizes the difference between the two groups of Chinese martial arts. However, such differences are not absolute and there are many Northern styles that excel in hand techniques and conversely, there are many different type of kicks in some Southern styles. A style can also be more clearly classified according to regional landmarks, province, city and even to a specific village.

Northern styles
Manchu banner soldier, a caste of professional martial artists active in Chinese society as recently as a hundred years ago.

Northern styles (??) feature deeply extended postures—such as the horse, bow, drop, and dragon stances—connected by quick fluid transitions, able to quickly change the direction in which force is issued.

Southern styles
Southern Chinese martial arts (??) feature low stable stances and short powerful movements that combine both attack and defense. In practice, Nanquan focus more on the use of the arm and full body techniques than high kicks or acrobatic moves. There are various explanations for those characteristics. The influence of Southern styles can be found in Goju Ryu, a karate style from Okinawa

Bruce Lee
Bruce Jun Fan Lee (27 November 1940 – 20 July 1973) was a Chinese martial artist, philosopher, instructor, martial arts actor and the founder of the Jeet Kune Do combat form. He was widely regarded as the most influential martial artist of the twentieth century and a cultural icon. He was also the father of actor Brandon Lee and of actress Shannon Lee. 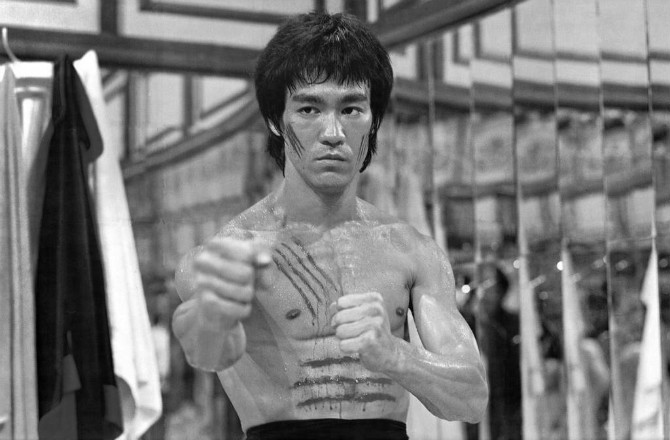