Tour Style:
Visit Hulunbuir Grassland from Beijing, where you can march on the trails of Genghis Khan and spend 4 days hiking and horse riding in the vast grasslands of Inner Mongolia. You can walk alongside the Ergun river, know the culture & history from Hulunbuir Nationality Museum, appreciate the buildings when you sightseeing on the Golden Horde Mongolian Tribe etc. Travel from Beijing by flight is the time saving way and round way flight tickets included in our package.

Pick up service is arrange at Beijing downtown hotel by our driver, drive you to Beijing airport for your flight to Hailar Dongshan International Airport, which is the capital city of Hulunbuir.
Upon your arrival, our local guide will meet you at the exit of airport, then transfer to your hotel in Hailar. The rest time is for you to explore the Hailar.

After breakfast in your hotel, your guide will pick you up at your hotel lobby. Firstly, the tour starts on Hulunbuir Nationality Museum. Hulunbuir Nationality Museum tells about the roots of the ethnic groups in Hunlunbeier and their histories, religions, economy and cultures. It also shows the history and developement in the whole area of Hulunbuir. Golden Horde Mongolian Tribe is the only nomadic tribe open to the tourists, a reproduction of the camping tents in Genghis Khan's time.This museum displays more than 10,000 relics and artifacts. 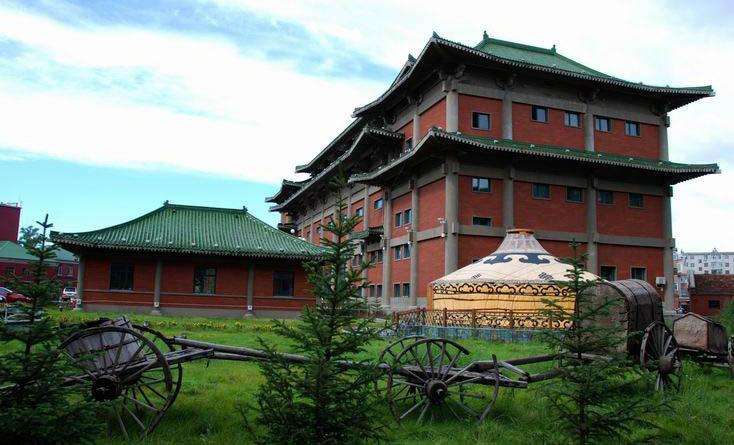 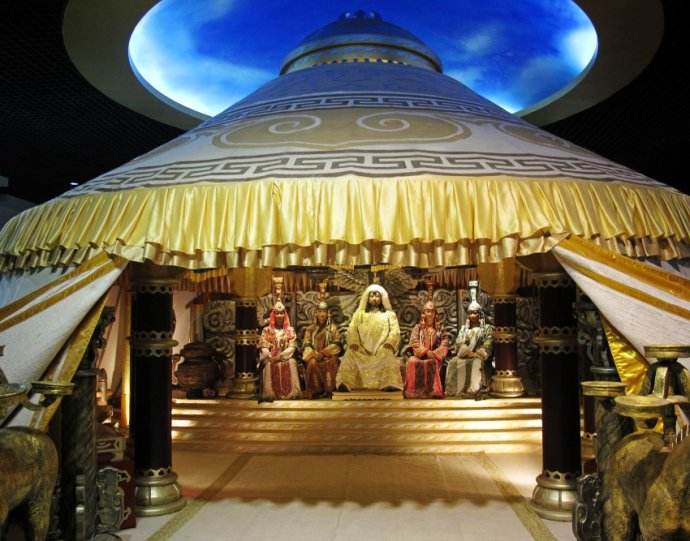 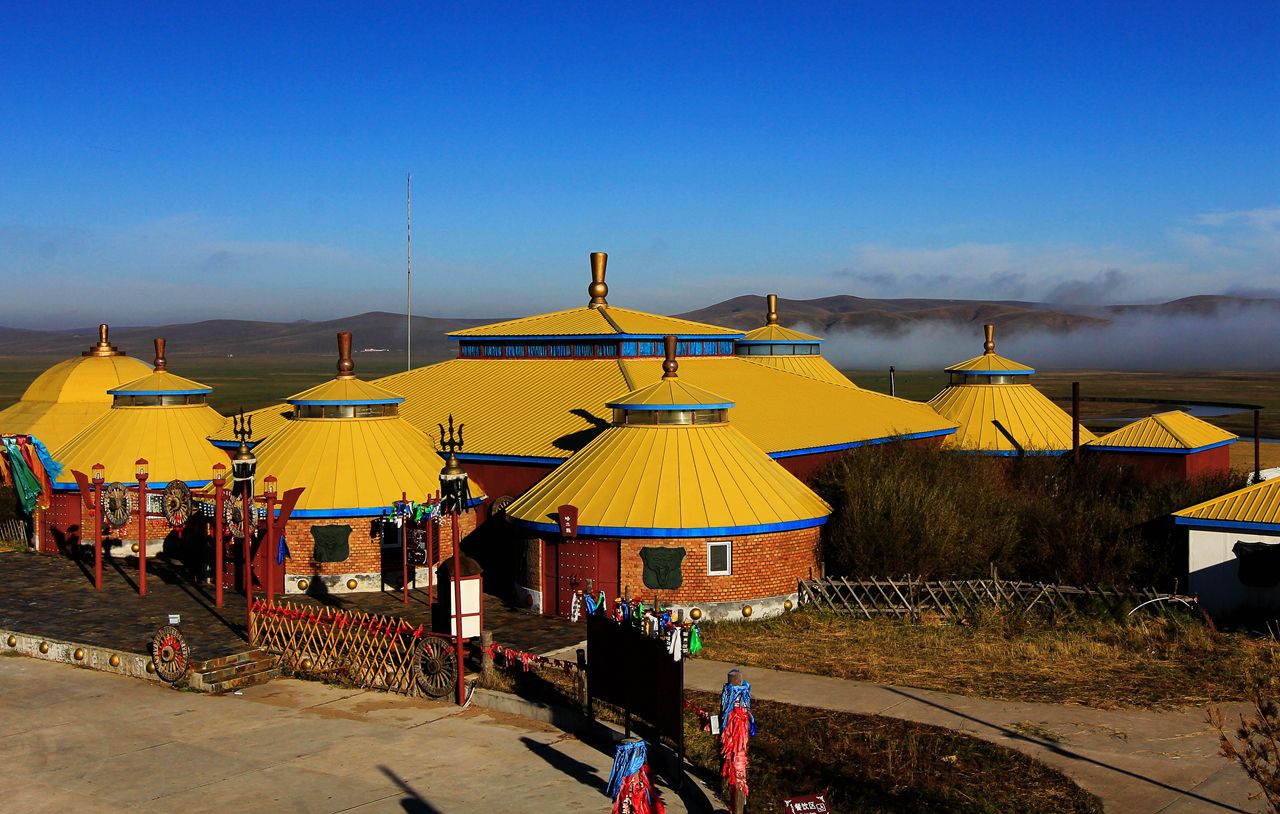 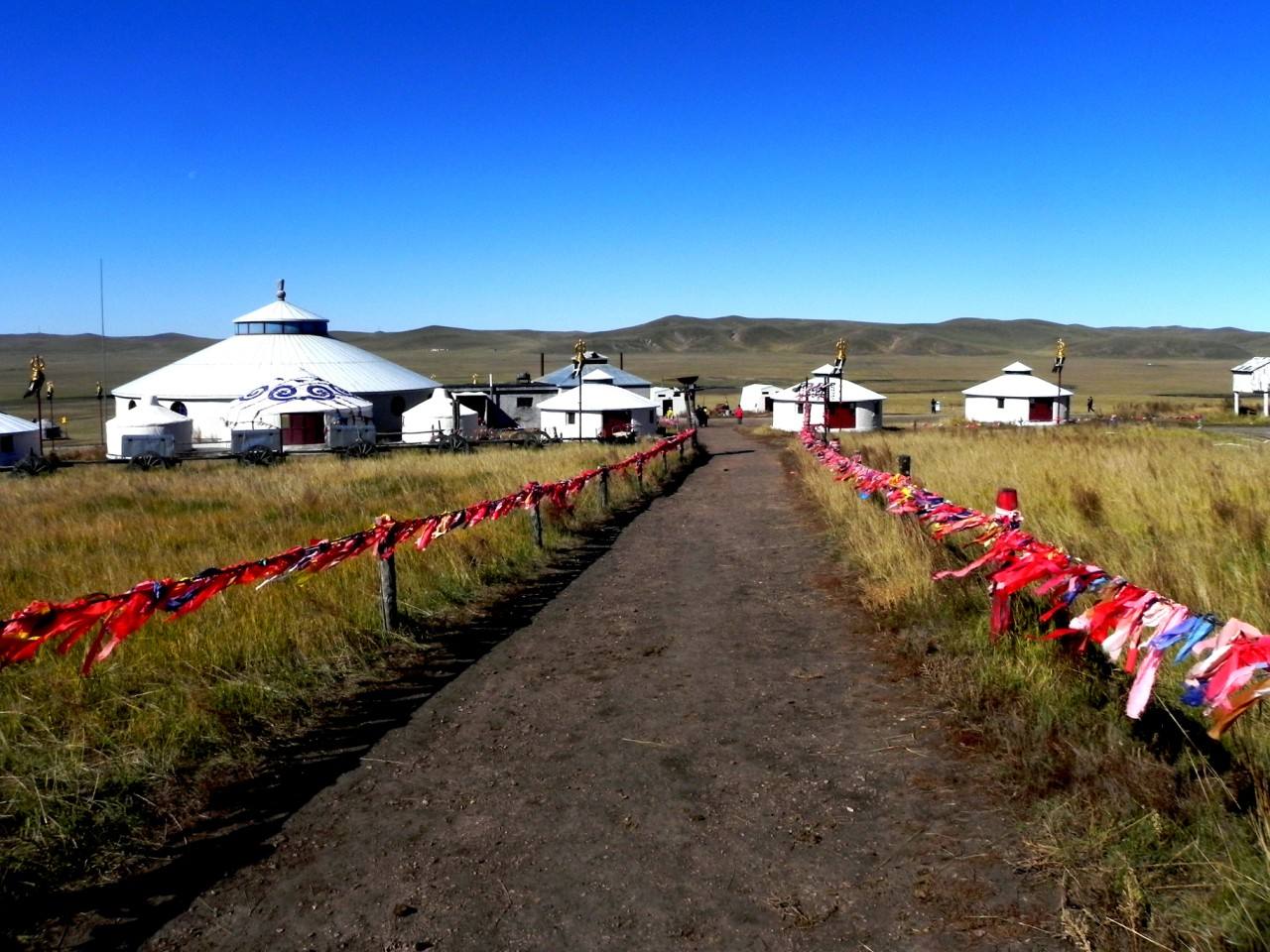 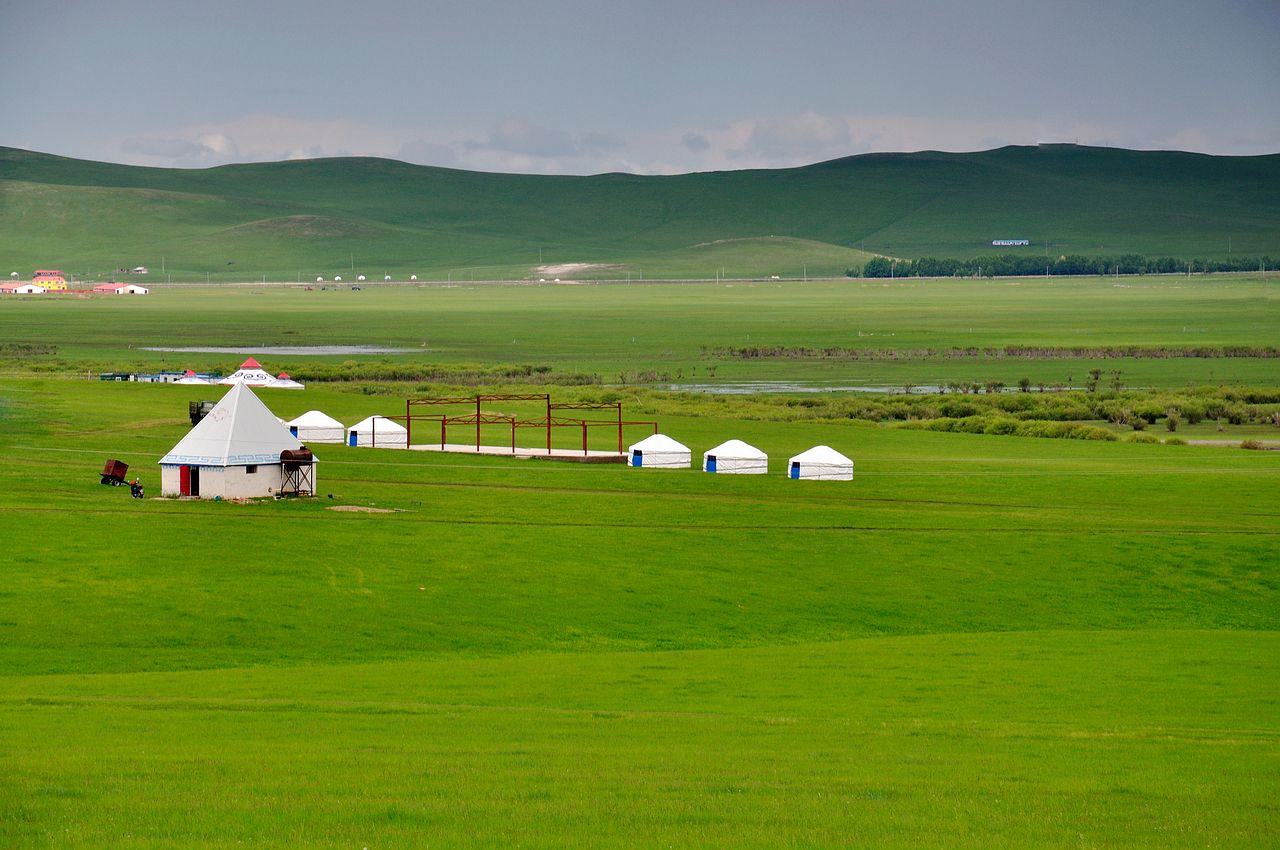 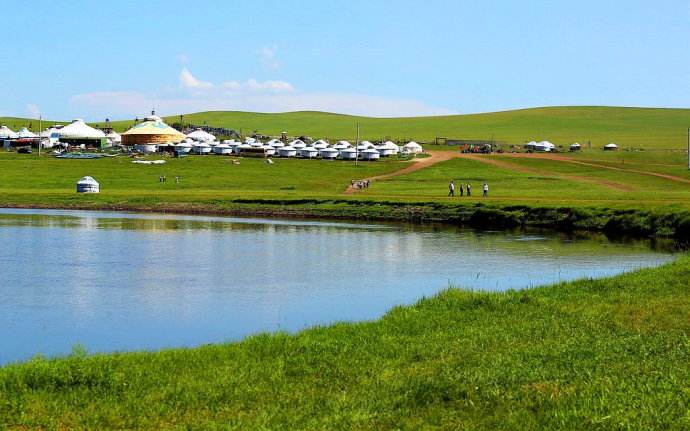 Lots of interesting activities:If you like, you can participate in the most common and grand sacrificial activity of the Mongolians-Aobao. “Aobao” means heaps of stones. Aobao worship involves praying for good weather and safety for both humans and livestock. During the Aobao festival, people from far and wide gather at the Aobao to take part in worship activities. The participants start adding stones to the Aobao one after another. When it is finished, other activities such as wrestling, singing and dancing is provided. 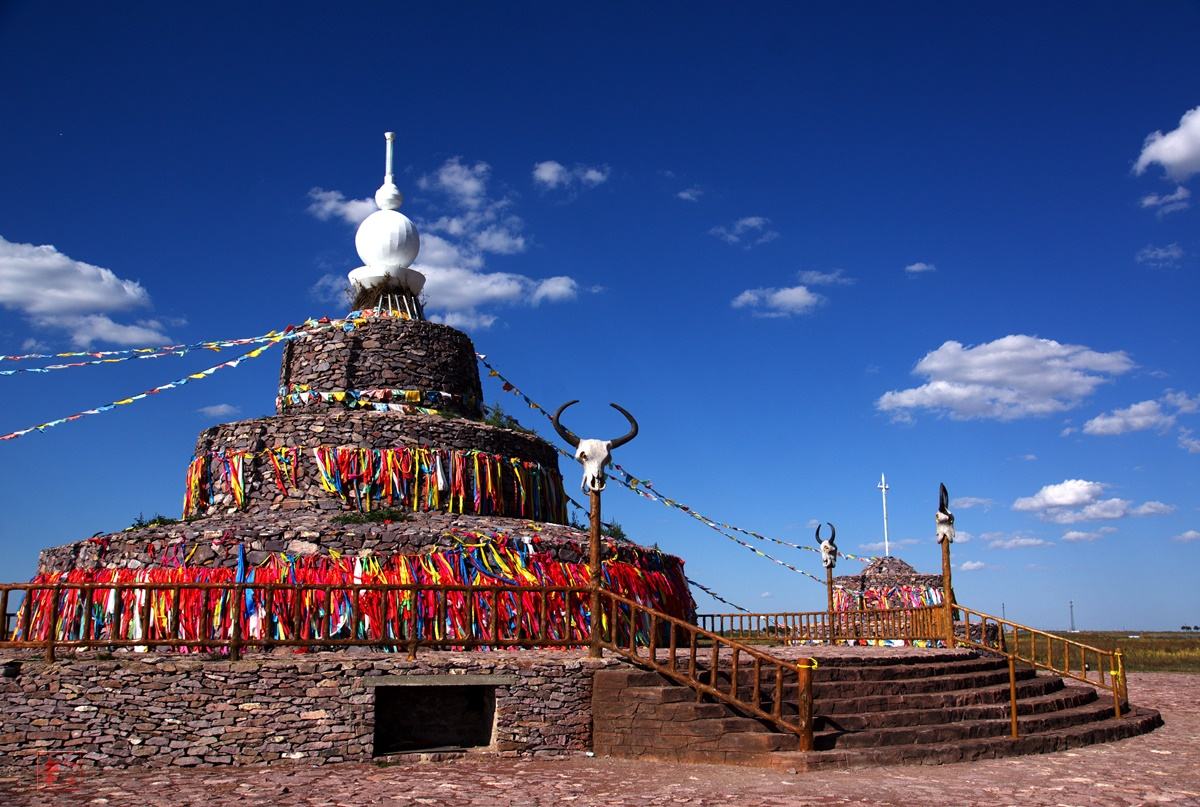 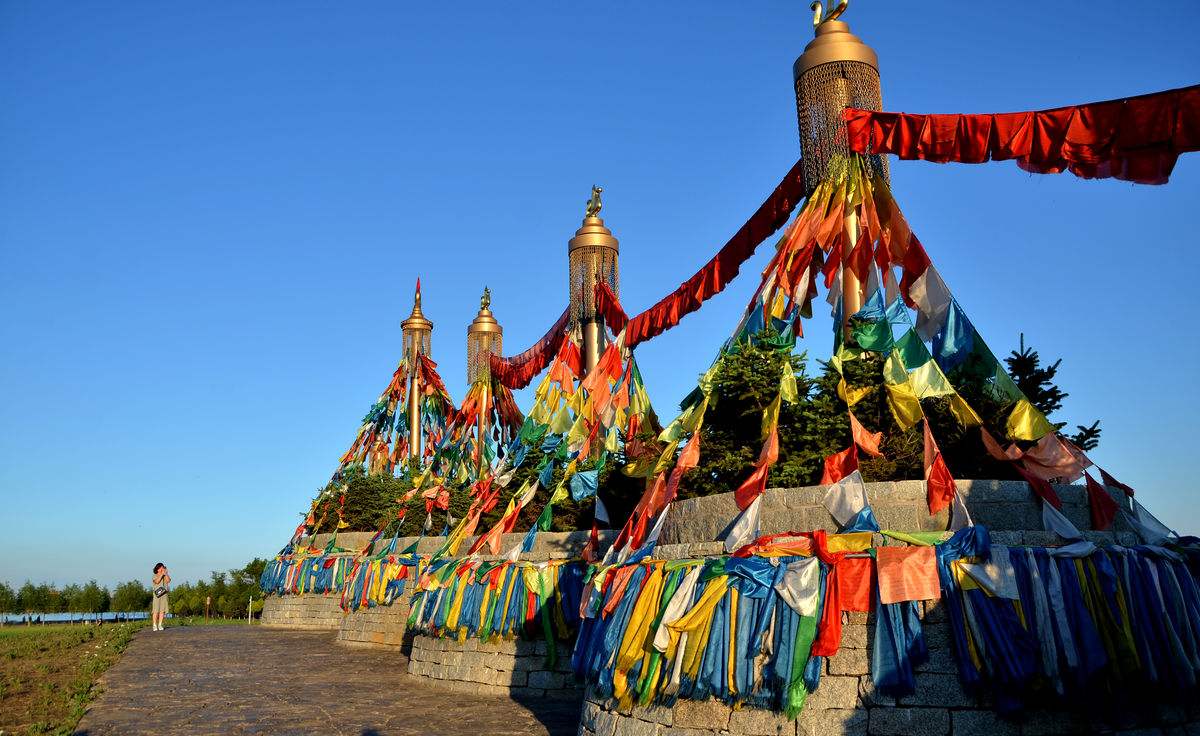 Watch Horese Racing: Horsing racing is the most exciting game grassland, and anyone can apply to take part in the competition regardless of his or her age. The competitions are not held on special tracks, but across the steppe. The distance varies according the ages of the horses. It can be between 15 and 35 km. After the competitions end, awards will be given to the fastest ten horses, accompanied by songs about the horses. When you get to the grassland, you could not only watch the competition, but also ride horse on the vast and beautiful grassland. 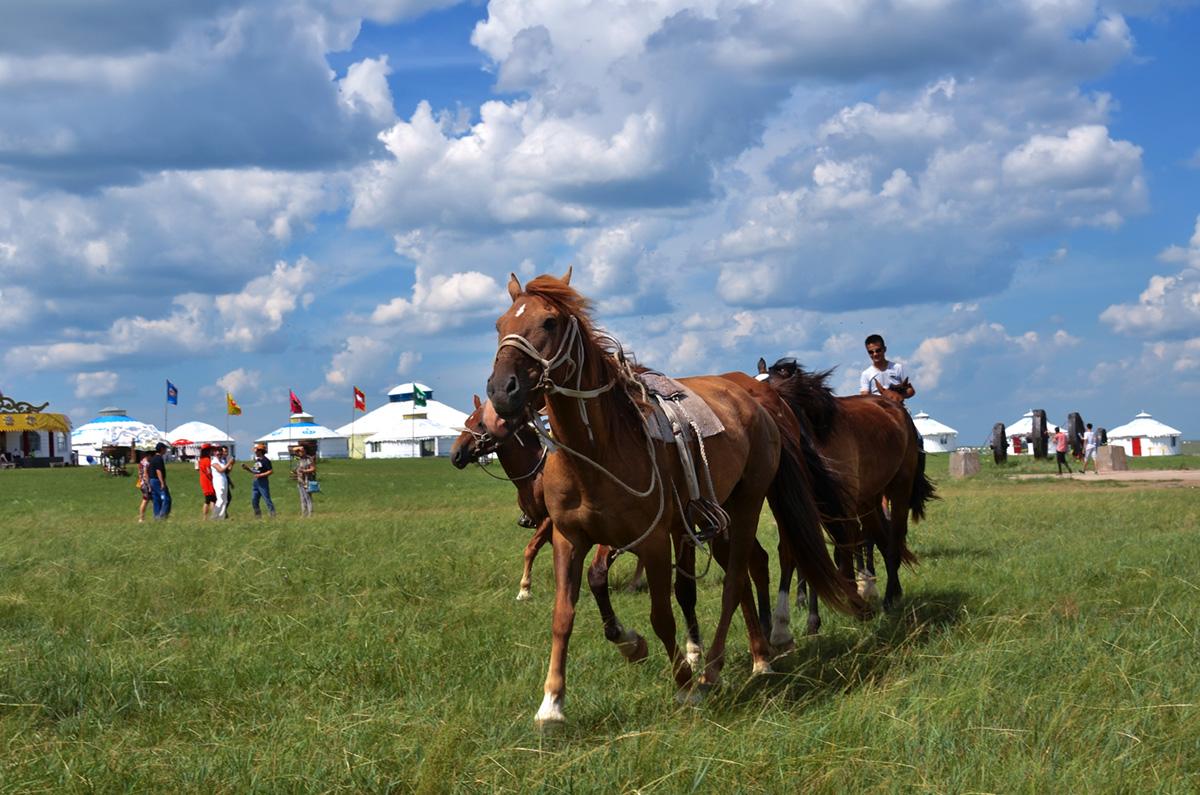 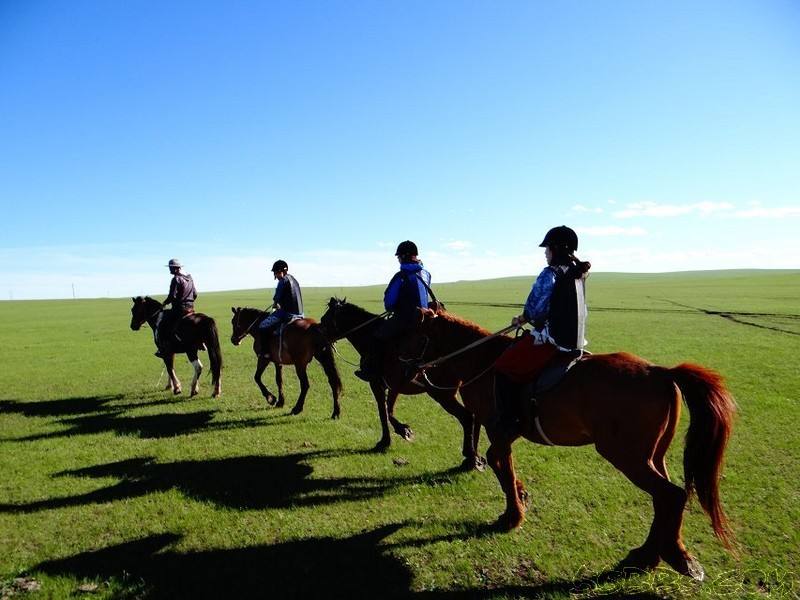 After that, having Self-served mutton lunch will be served for you in Mongloian style.

After lunch, drive to Ergun City, which is the hometown of Genghis Khan. Ergun is located in the northeast of China's Inner Mongolia Autonomous Region and faces Russia across the Ergun River. It is home to a number of ethnic groups including those from Russia. Ergun is rich in natural resources with its vast grasslands, numerous rivers and extensive forest coverage among which is China's largest, best preserved wetland – Genhe Wetland. 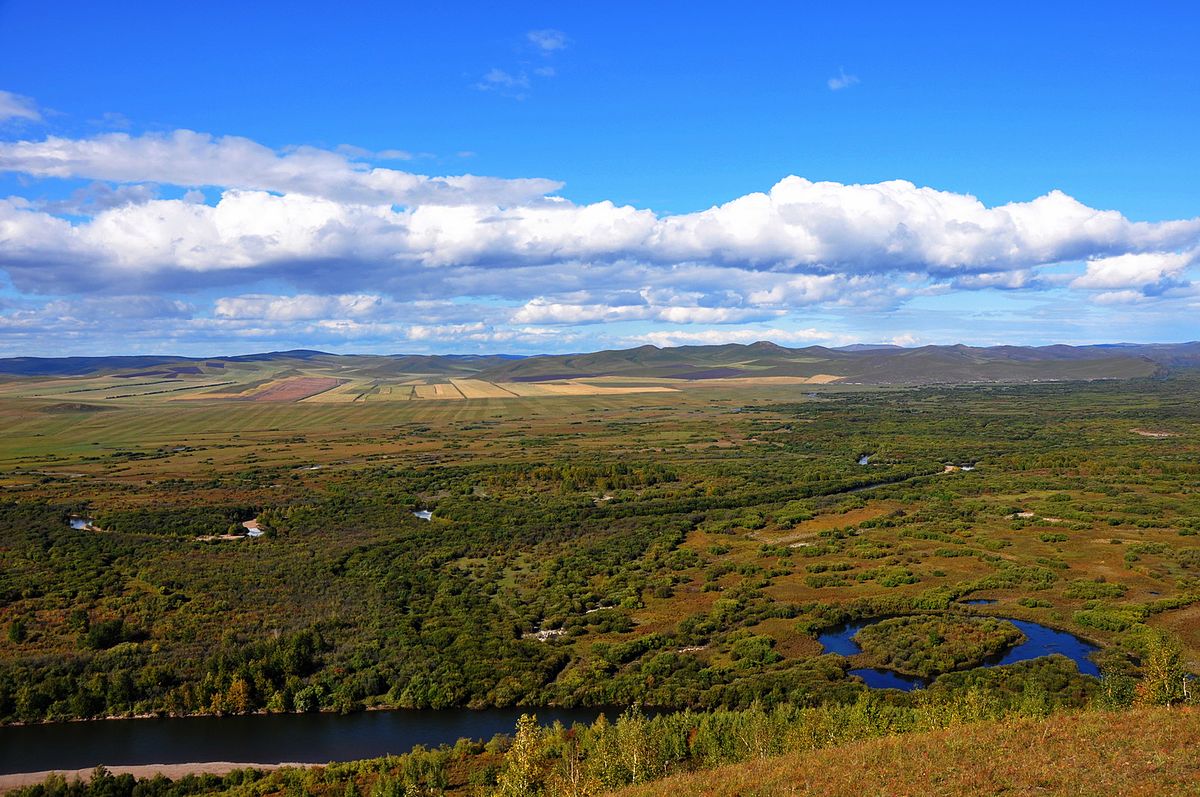 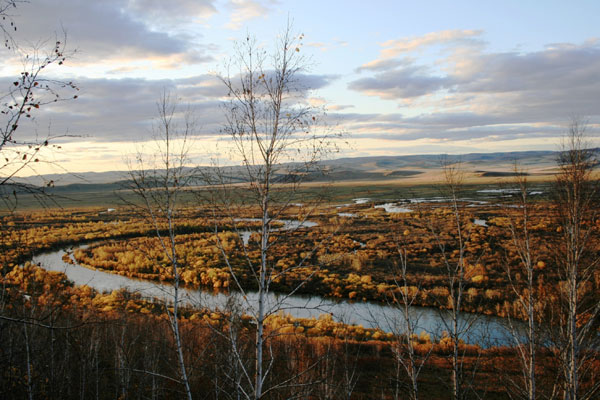 Arriving at Ergun City, will have dinner at local restaurant. After dinner drive you back to you hotel in Ergun City.
Stay overnight at Ergun City. The tour is ending today.

In the morning, your guide wil pick you up at your hotel lobby. The first stop is Erguna Wetland, about 3 km to the west of Erguna city, Erguna Wetland lies at the northwest side of the Greater Khingan Mountains and the eastern bank of Erguna River in Northeast China's Heilongjiang province. This wetland is the best preserved, largest with the most species-rich natural resources wetland area in Hulun Buir City, as well as in the country. And it is known as the No.1 wetland in Asia. 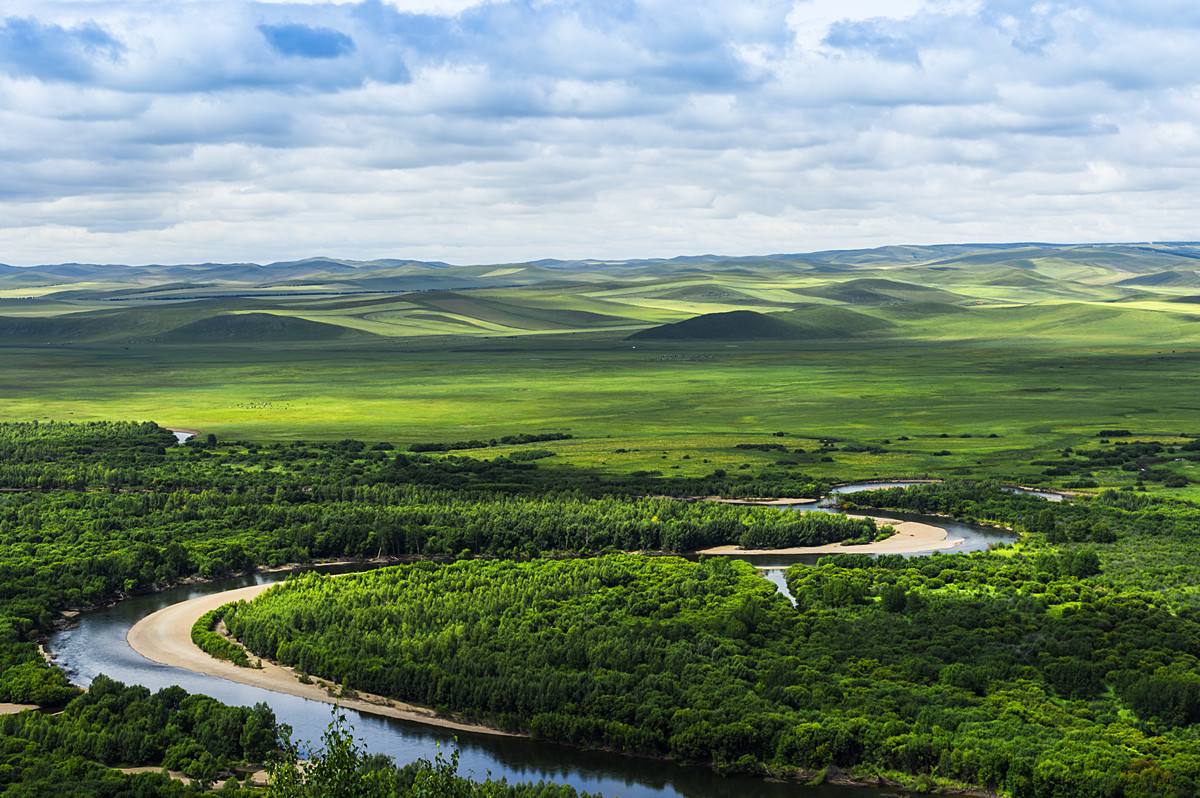 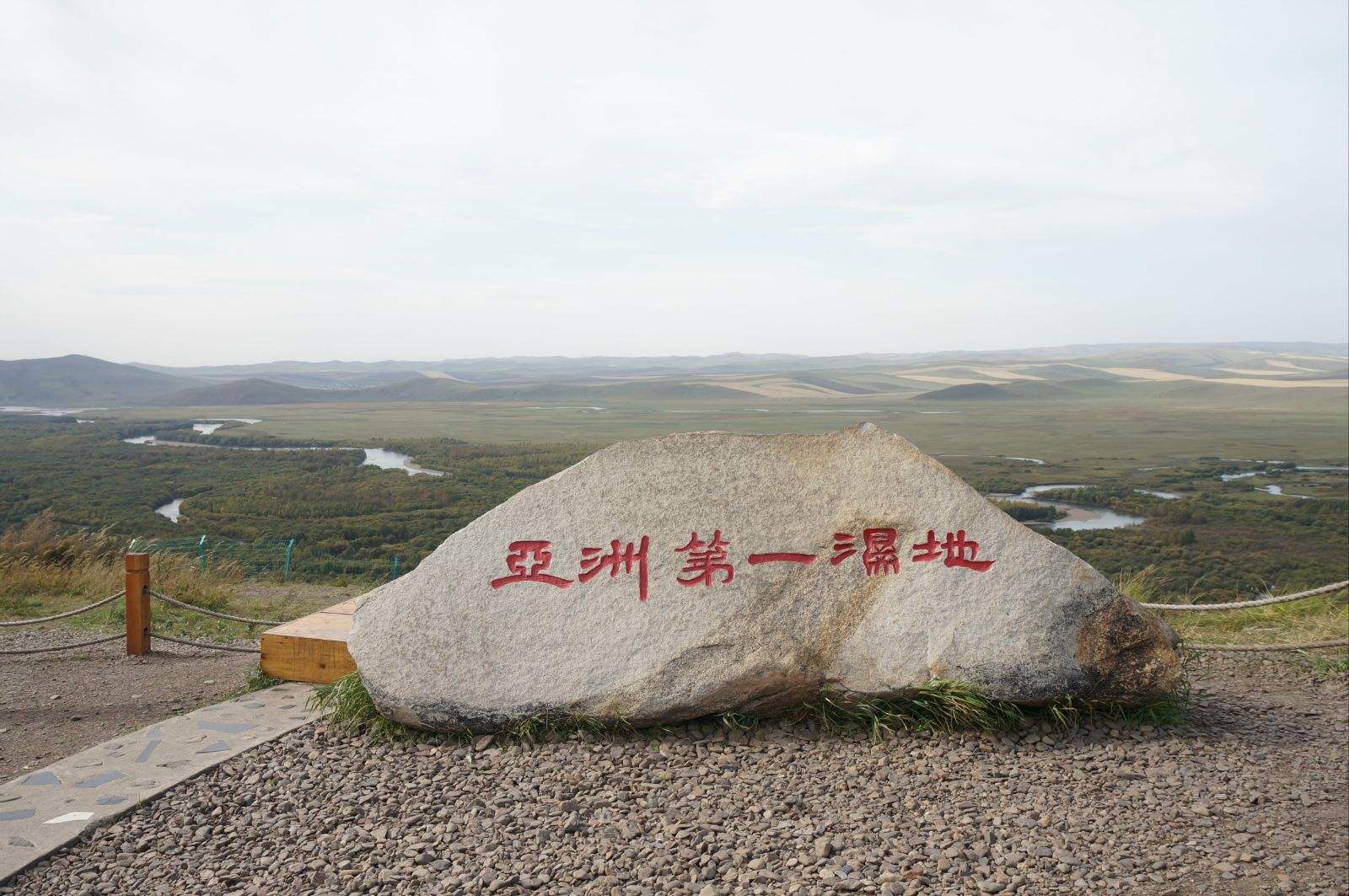 After visiting the Erguna Wetland you will have lunch at local restaurant.

After lunch, move to Manzhouli City. It is a prefecture-level city located in Hulunbuir, Inner Mongolia Autonomous Region of the China. It is located on the border with Russia and it is major land port of entry. And is responsible for 60% of all imports from and exports to Eastern Europe. 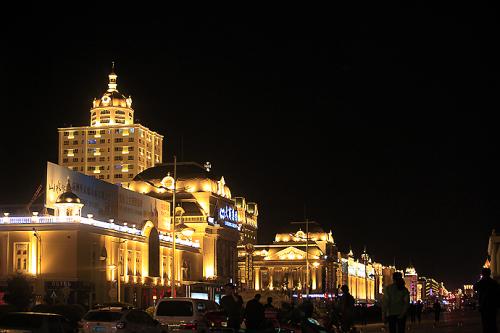 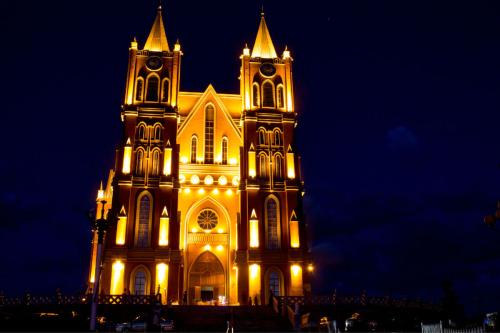 The highlights of Manzhouli City
Culture of Manzhouli: Manzhouli is a port city of comprising the folk customs of the three countries including China, Russia and Mongolia, a blend of Chinese and Western cultures. The City is teeming with unique buildings of Russian, Mongolian and Chinese styles. Manzhouli is the Russian culture that dominates the town. Many Russians come over the border to buy cheap Chinese goods and a result of this is there are a large number of Russian cafes, restaurants and bars. Russian language is widely spoken by the Chinese inhabitants. 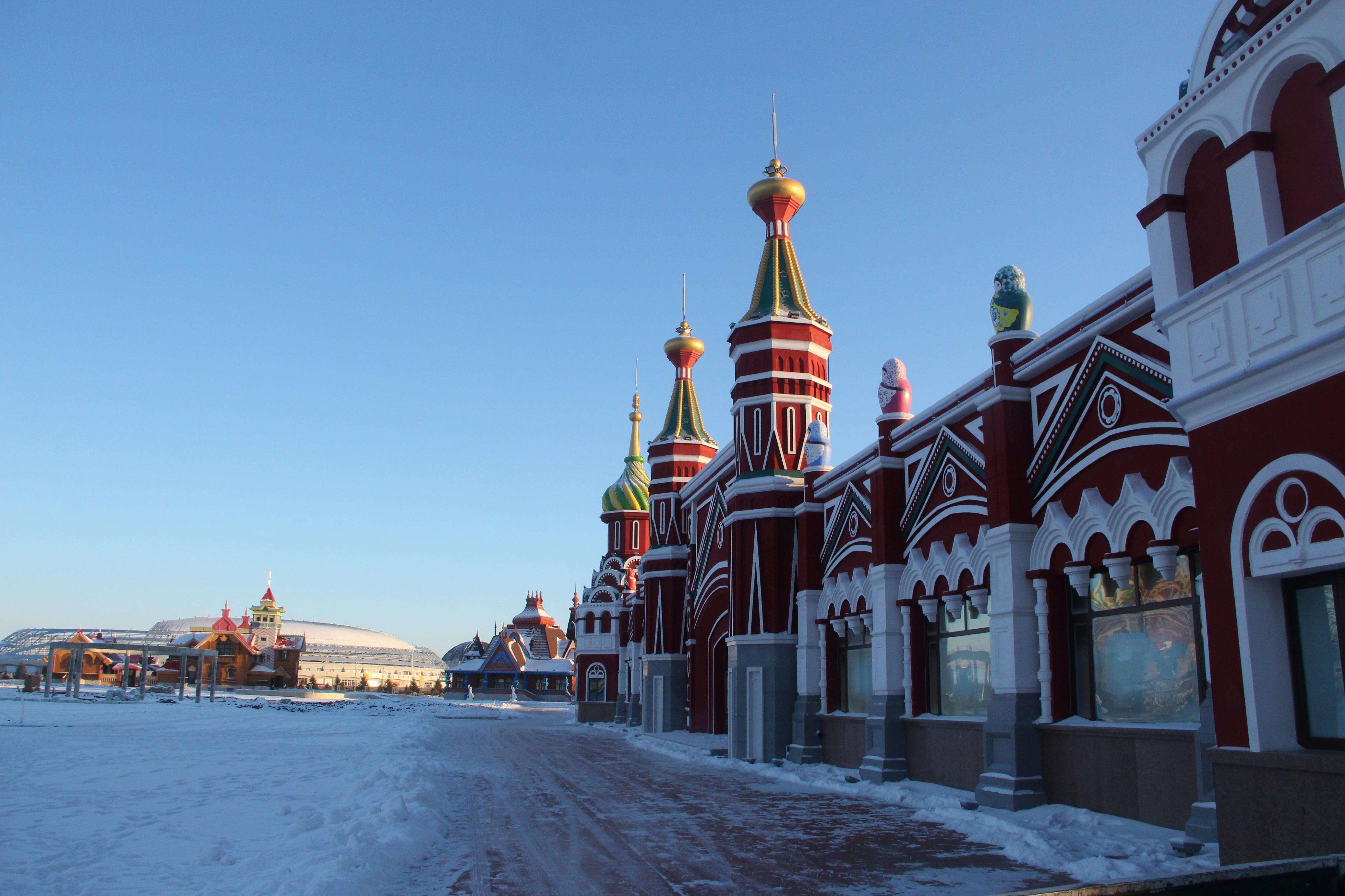 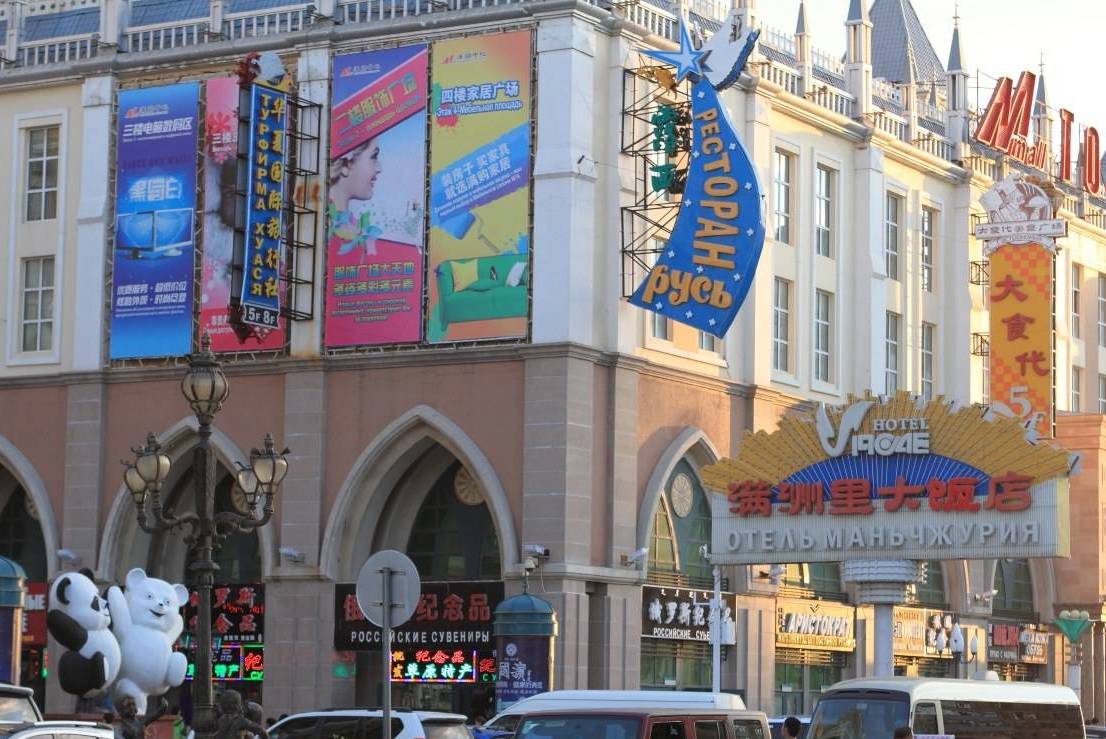 When you arrived at Manzhouli City, drive you around the main city sightseeing. After that will arrange your dinner at local restaurant with Chinese-Russian Style dinner.

The tours for today is ending, transffered you to your hotel in Manzhouli.

In the morning, your guide will meet you at your hotel lobby. Firstly, drive to Matryoshka Doll Square(Russia Taowa Square), which is a huge matryoska doll square. The city of Manzhouli lies on the border of China and Russia in the Inner Mongolia Autonomous Region. The city is a fusion of three cultures, but there is one landmark attraction that really features the combination of all three cultures — China, Russian, and Mongolia. It is the Matryoshka Doll Square. The square, the only one of its kind in China, features giant Matryoshka dolls, including the largest one in the world. 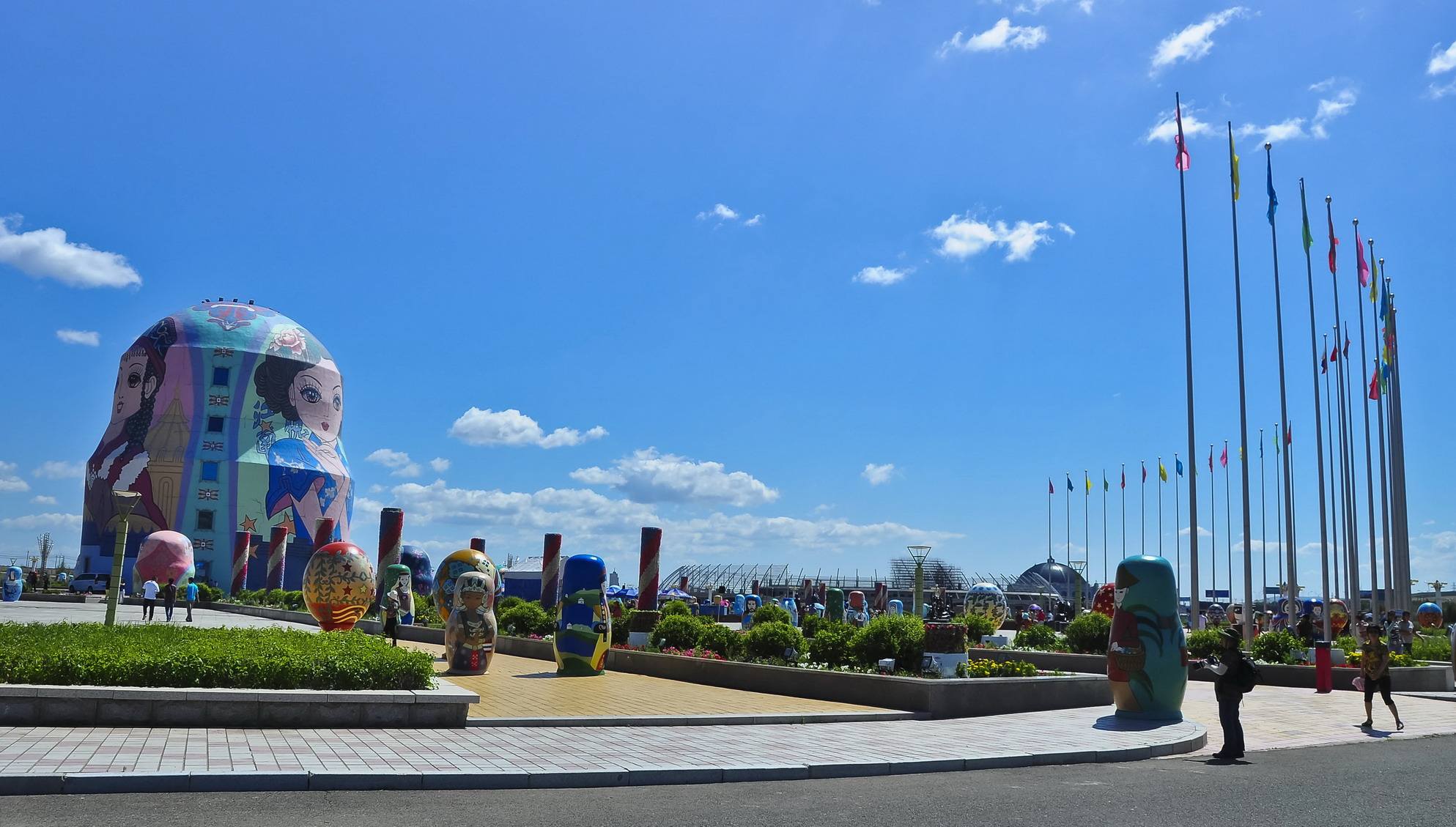 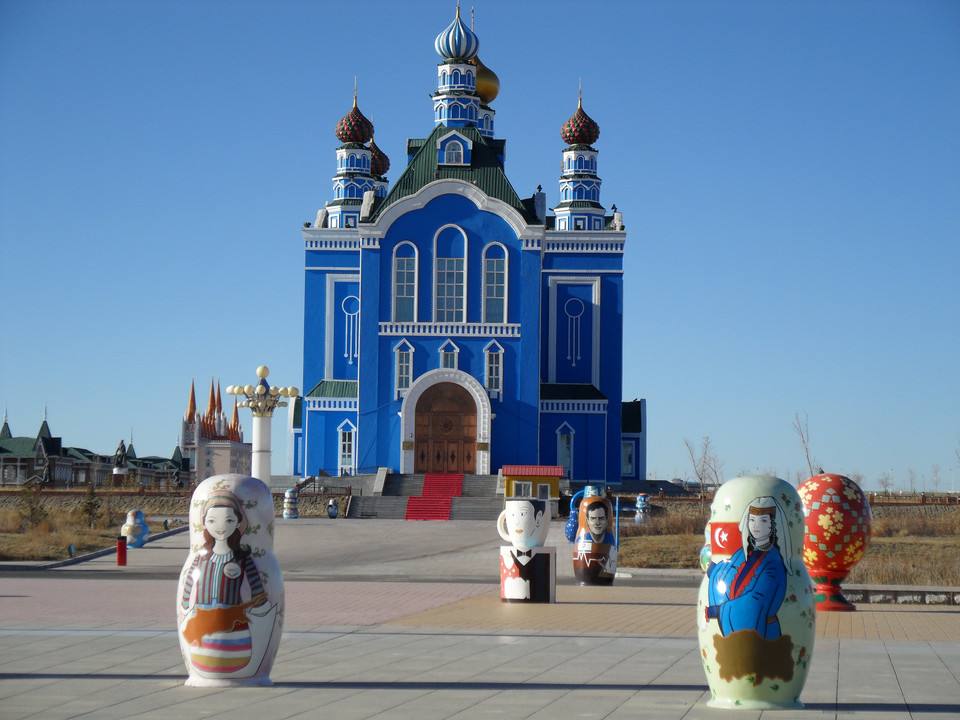 And then moving to Hulun Lake, is a large lake in the Inner Mongolia region of northern China. It is one of the five largest freshwater lakes in all of China, covering approximately 2,339 km2. The lake is not far from Manzhouli, which is on a major passenger rail-line. Although there are several villages nearby, and Manzhouli is the nearest city of notable size. The lake is fed by two rivers that rise in Mongolia: the Kerulen (Kelulun), which flows from the west, and the Orxon (Orshun), which flows from the south. 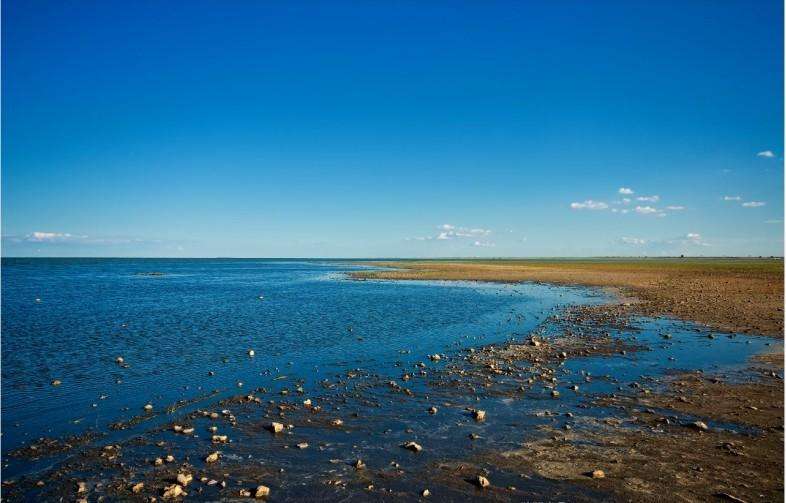 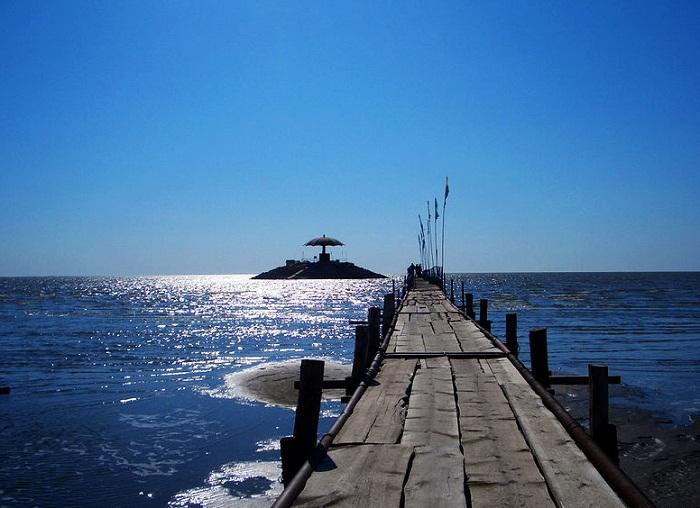 After lunch, drive back to Hailar City and head to visit Dahl Jilin Temple, The Tibetan Buddhist temple is located on the mountain in the northern urban area of Hailaer District of Hulunbuir City. The temple comprises 5 main halls, 6 side halls, living rooms for monks, mansions for living Buddhas, buildings for institutions and more. 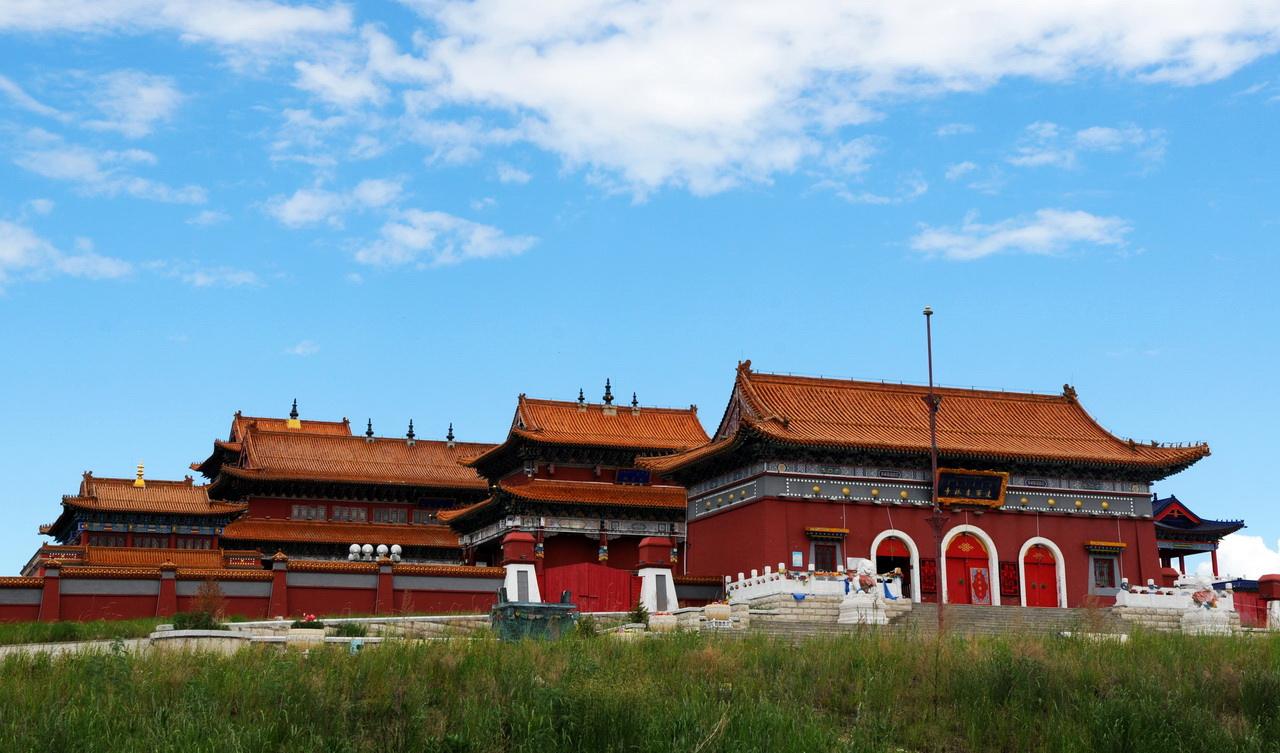 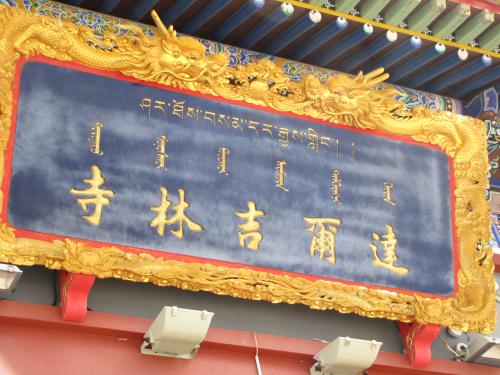 After 4 wonderful days, your trip comes to an end. Then you will be transferred to the airport, flight back to Brijing from Hailar Dongshan International Airport.

From $840 per person
Free Inquiry