Traditional Chinese Culture
In chinese culture, the dinner table is usually round which means the unite of the family members. The host (usually the eldest male family member) needs to seat east and the rest need to seat alongside the table. Nobody is allowed to be seated until the host sits down. The one who has more respects can seat nearer to the host. 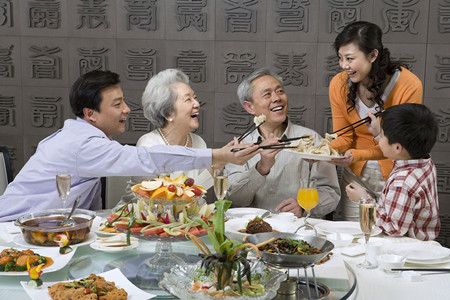 All the guest cannot take the chopsticks until the host takes. The courses of the dishes should be taken to the table in such order: the epitizers, the cold dishes, the entrees and the formal dinners, the soups and the staple food. But in China we do not seperate the food in each dishes which means sharing and enjoying together.

Introduction of Chinese Table Manner
Talking about eating habit, unlike the West, where everyone has their own plate of food, in China the dishes are placed on the table and everybody shares. If you are being treated by a Chinese host, be prepared for a ton of food. Chinese are very proud of their culture of cuisine and will do their best to show their hospitality.

And sometimes the host will serve some dishes with his or her own chopsticks to guests to show his or her hospitality. This is a sign of politeness. The appropriate thing to do would be to eat the whatever-it-is and say how yummy it is. If you feel uncomfortable with this, you can just say a polite "thank you" and leave the food there. There some other rules that are suggested you follow to make your stay in China happier, though you will be forgiven if you have no idea of what they are. 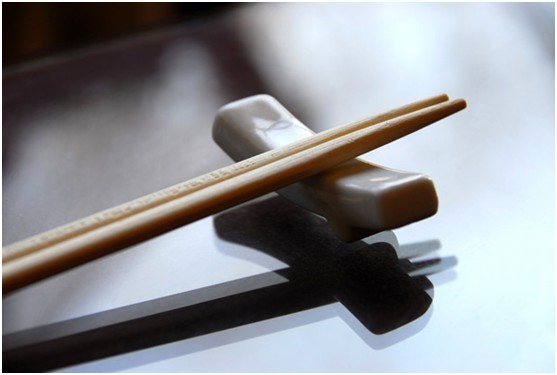 1. Never stick your chopsticks upright in the rice bowl, lay them on your dish instead. Otherwise, it is deemed extremely impolite to the host and seniors present. The reason for this is that when somebody dies, the shrine to them contains a bowl of sand or rice with two sticks of incense stuck upright in it. So if you stick your chopsticks in the rice bowl, it looks like the shrine and is equivalent to wishing death upon a person at the table.

2. Make sure the spout of the teapot is not facing anyone. It is impolite to set the teapot down where the spout is facing towards somebody. The spout should always be directed to where nobody is sitting, usually just outward from the table.

3. Don't tap on your bowl with your chopsticks, since that will be deemed insult to the host or the chef. Beggars tap on their bowls, and also, when the food is coming too slow in a restaurant, people will tap their bowls. If you are in someone's home, it is like insulting the host or the cook.

4. Never try to turn a fish over and debone it yourself, since the separation of the fish skeleton from the lower half of the flesh will usually be performed by the host or a waiter. Superstitious people deem bad luck will ensue and a fishing boat will capsize if you do so. This is especially true to southerners in China (to be specific, such as Guangdong, Guangxi and Fujian provinces, etc.), since, traditionally, southerners are the fishing population.