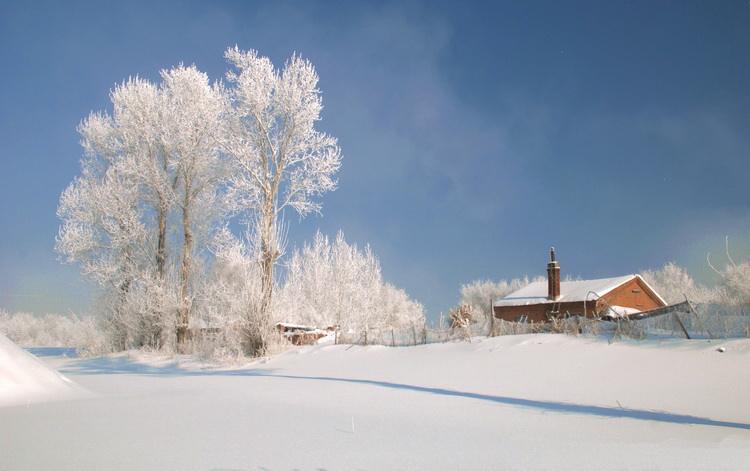 What is Rime IceThe rime ice is a natural phenomenon that occurs every year during January and February. It is a result of when water vapor rises up from the warm Songhua River to meet the cold -20 °C (-4 °F) night air, causing the crystallisation of water vapour on willows branches.Popularly known as 'snow willow' or 'ice flower', rime is a common natural phenomenon during northern China's brutally cold winters. It is white ice that forms when water droplets from fog freeze on the outer surface of objects, such as electrical wires and twigs. As specific category of frost, rime is an accumulation of granular ice tufts on the windward sides of objects after fog or clouds are supercooled by the wind. Due to precise conditions the phenomenon requires, rime appears only occasionally and in varying locations.Jilin Rime Ice  Sprawling along the Songhua River, Jilin City is the second largest city in Jilin Province. Jilin was formerly called "Jilin Wula", which means "along the river" in the Manchu language. Jilin is referred to as a river city because of Boat Sailing on the Songhua River, a verse composed by Emperor Kang Xi of the Qing Dynasty during his inspection tour of the east. It is surrounded on all sides by the offset of the Changbai Mountains, and the Songhua River that flows in a S-shaped course through the urban area looks like a blue ribbon. Jilin City is a popular destination for tourists to come each winter to view the magnificent rime ice (Wusong) on trees along the banks of the Songhua River, (the river is the only river in the region that does not freeze in winter). Though Jilin is not outstanding as a tourist city, its name spreads among travelers nationwide because of the rime. The rime on the Songhua River is one of four natural wonders in China, enjoying equal fame as Guilin Mountains and Streams, Yunnan Stone Forest and the Three Gorges on the Yangtze River do. The rime, also called "snow willow", "tree hanging", "ice flowers", "water vaporized flowers", "silver flowers", is a kind of phenomenon, in which winter fog condenses on the branches and leaves of trees to form separate, white ice crystals, according to metrology.Besides Wusong Island and the banks of the Songhua River, the Songhua Lake, located beyond the Fengman Power Station nearby Jilin City is another good place to enjoy the beautiful rime. The rime appears from about mid-December to the first half of March and is best seen from the dam and along the shore. 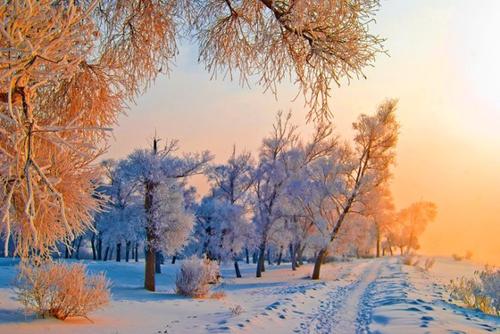