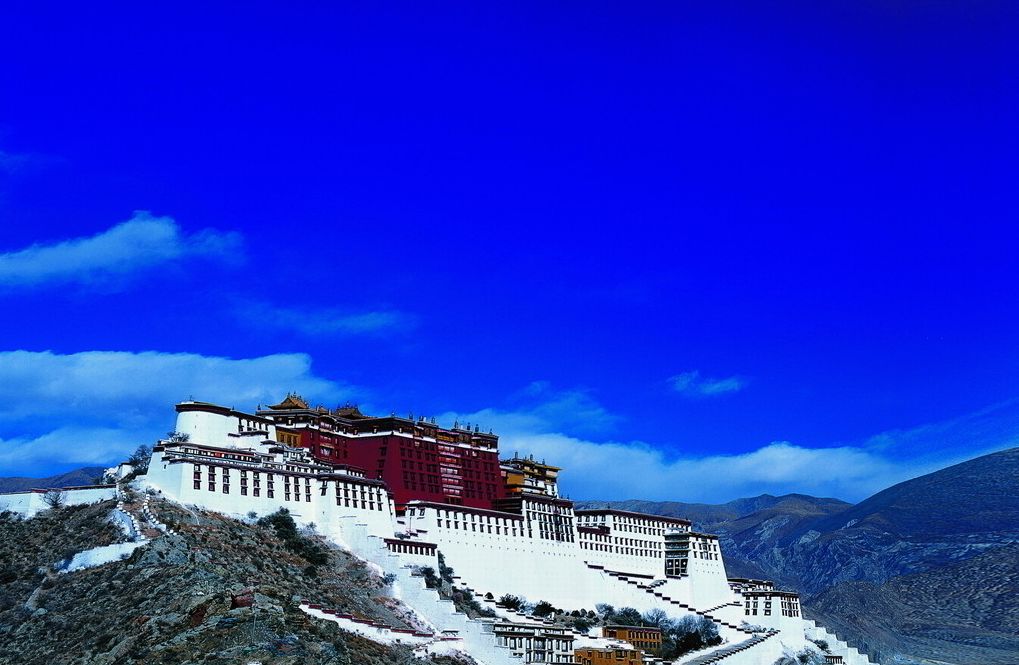 Built by the Fifth Dalai Lama in the late 17th century, the massive Potala Palace is an unmistakable feature of the Lhasa skyline. This spectacular construction is a magnet for pilgrims and tourists alike. Its magnificent exterior houses decorated chapels, assembly halls and a labyrinth of winding passageways as well as great collections of Tibetan art, costumes, jewels, religious texts and the tombs of Dalai Lama's past.

This palace is the greatest monumental structure in all Tibet. The building measure about 400 m east-west and about 350 m North-South with a sloping stone which is about 3m thick and 5 m thick in the base of the building. This building has a copper on its foundations for proof against earthquake. Thirteen stories of building consisting of more than 1000 rooms, about 20,000 statues, and 10,000 shrines.

History & Background
During 7th Century Songsten Gampo built a palace in Marpo Ri Hill which stood till 17th Century when 5th Dalai Lama decided to incorporate the existing building into the foundations to build an even greater building which still stands today. The construction of The Potala Palace began in around 1645 AD under the reign of fifth Dalai Lama. Until the end of 1648, The While Palace (The Potrang Karpo) was completed. Between 1690-1694, The Red Palace (The Potrang Marpo) was added in the palace which required more than 7000 workers, and 1500 artists and craftsmen. Today it is one of most beautiful world heritage sites in the world. In 1922 A.D. the 13th Dalai Lama renovated the Potala Palace renovating many chapels and assembly halls of Potrang Karpo and added two stories to the Potrang Marpo. In 1994 A.D. the Potala Palace was inscribed to UNESCO WORLD HERITAGE LIST.

Architecture
The Potala Palace was built at an altitude of 3,700 m on the side of Red Mountain in the center of Lhasa Valley. There are two small chapels which date from the seventh century, The Phakpa Lhakhang and The Chogyal Drubphuk. These are the oldest and the most sacred surviving structures on the building of The Potala Palace.

White Palace
Also Known as The Potrang Karpo is a part of The Potala Palace. This part of the building were the living quarters of The Dalai Lama. The White Palace contains various sacred gold stupas- The Tomb of eight Dalai Lamas. 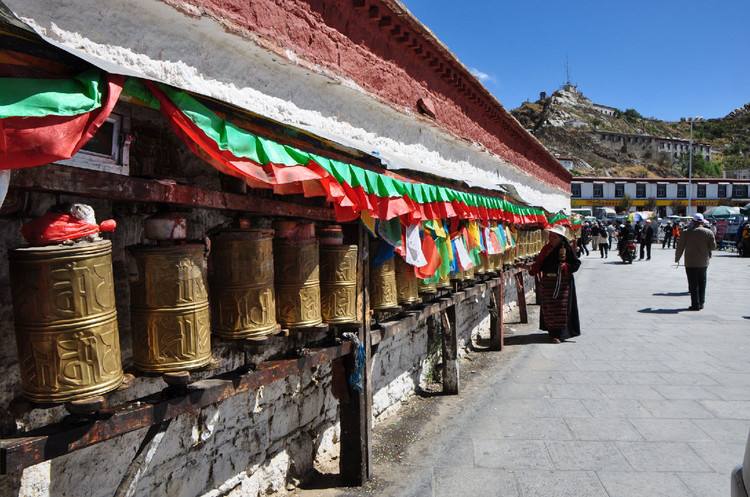 Red Palace
Also known as The Potrang Marpo is a part of The Potala Palace which is used completely for religious study and Buddhist prayer. The Red Palace consists of many different halls, chapels, galleries, libraries, and most important of all: the tomb of The Thirteenth Dalai Lama. 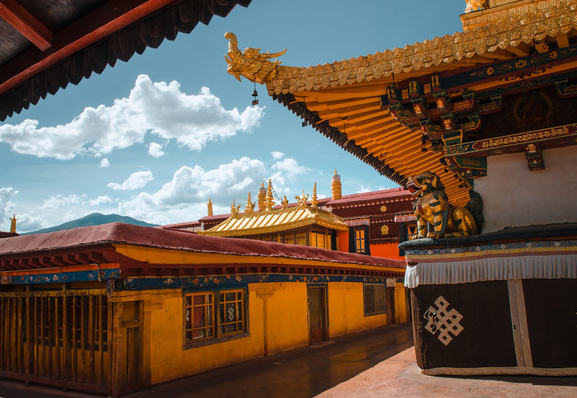 Great West Hall
Great West Hall is the central hall of Red Palace and to glorify the power of the builder of ancient palace Fifth Dalai Lama it consists of four great chapels. 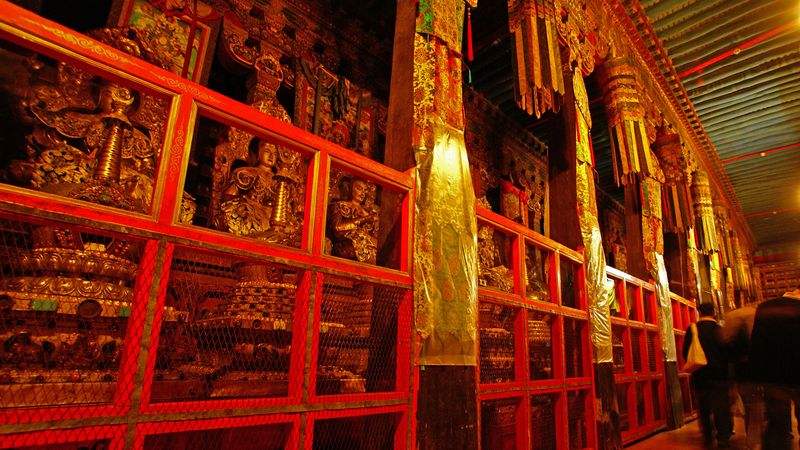 The Saints Chapel
Great West Hall is the central hall of Red Palace and to glorify the power of the builder of ancient palace Fifth Dalai Lama it consists of four great chapels.

The Saints Chapel consists of a small ancient jewel encrusted statue of Avalokiteshvara and his two attendants. On the floor below, there is a Dharma cave where there are images of Songsten Gampo who was believed to have studied Buddhism there.

North Chapel
North Chapel of Red Palace consists of a crowned Sakyamuni Buddha on the left whereas in the right was fifth Dalai Lama on the magnificent gold thrones. The gold stupa tomb of Eleventh Dalai Lama is situated in the far left of the chapel who died as a child.

South Chapel
The 8th century Indian Magician and saint Padmasambhava is the central figure of South Chapel of Red Palace.

East Chapel
The East Chapel is especially dedicated to the founder of Gelug tradition, The Tsong Khapa. His figure in East Chapel is surrounded by lamas of Sakya Monastery who used to rule over Tibet.

Second Gallery
This part of Red Palace provides access to the central pavilion for the visitors to palace.

Third Gallery
The Third Gallery contains many dark rooms which is a room for large collections of statues and many figures worth a fortune.

Next: Giant Panda Base