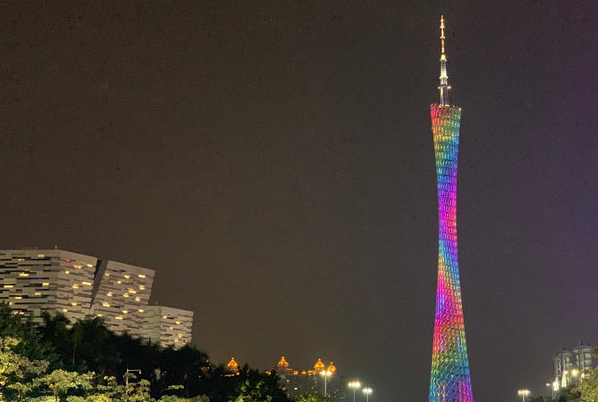 Introdution of Guangzhou
Guangzhou is located in southern China in the middle of Guangdong Province, north of the Pearl River Delta. The city also lies close to the South China Sea, Hong Kong, and Macau. Because of its convenient geographical position, Guangzhou has been called “China’s Southern Gateway”. As the capital of Guangdong Province, Guangzhou is the center of its politics, economy, science, education and culture. It is also southern China’s key transportation hub and trading port. Covering an area of 7,434.4 square kilometers, Guangzhou is home to nearly 13 million people. It has direct jurisdiction over eleven districts, including Yuexiu, Liwan, Haizhu, Tianhe, Baiyun, Huangpu, Huadu, Panyu, Nansha, Zengcheng and Conghua.

Guangzhou is historically both the start of the Maritime Silk Road and the center of Lingnan Culture. It is also the cradle of Chinese modern revolution, and the foreland of China’s reform and opening to the outside world. Guangzhou has been a renowned commercial center since ancient times and is now the economic hub of southern China. Chinese Import and Export Commodities Fair is widely regarded as being “The No. 1 Exhibition in China” and remains a magnet for foreign investors.

An ancient but dynamic city, Guangzhou impresses visitors with both its vivid modern ambience and unique traditional Lingnan indigenous culture. Reflecting the unique charm of a multi-cultural metropolis, the city's cultural influences can be seen in all aspects of its social life. Specific examples include diet, lifestyle, architecture, commerce, language, music, art, customs and entertainment.

History of Guangzhou
The city of Guangzhou (named Canton before 1980), capital of China’s Guangdong Province, traces its roots back to 214 B.C. with the creation of Panyu, the first known city to be built on its site. Panyu became the seat of the Nanyue Kingdom in 206 B.C.

Since those early days, history suggests that Guangzhou has always been occupied land and a hub of foreign trade, characteristics that were evident throughout every dynasty and which remain to this day.

During 758 A.D., Guangzhou was ravaged by Arab and Persian pirates. History books refer to that time as the Qianyuan era of the Tang Dynasty, when Emperor Suzong reigned. Around this time, Guangzhou became famous for its six banyan trees, thanks to the famous poet Su Shi who penned a poem entitled “Liu Rong” (Six Banyan Trees) when he visited the city during the Northern Song Dynasty. The poem referred to the six banyan trees that surrounded the city’s famed Baozhuangyan Temple. Since then, the temple has been known as the Temple of the Six Banyan Trees.

By the 16th century, Europeans had discovered Guangzhou and would regularly make sojourns there. The first of these Europeans were the Portuguese, who arrived in Guangzhou in 1511. Given its strategic location by the sea and its ideal position for foreign trade, Guangzhou was transformed into a Portuguese harbor. In 1557, the Chinese would overthrow the Portuguese monopoly of Guangzhou and would instead grant them the use of Macau as their trade base. From Macau, the Portuguese continued to monopolize international trade in the region until they were joined by the Dutch in the 17th century.

In 1918, the name “Guangzhou” finally became the city’s official name, thanks to the city’s first-ever urban council, which was established that same year. Meanwhile, the name “Panyu” was given to one of the counties to the south ofGuangzhou. The city was promoted to a municipality twice – in 1930 and 1953 – but this promotion was canceled both times.

In 1949, Communist forces came to Guangzhou and launched renewal projects the improved the standard of living. New houses were constructed among the Pearl River, providing shelter for the poor and homeless victims of the war.

During the late seventies, Deng Xiaoping came to power and put the city back on the road to economic growth, capitalizing on Guangzhou’s close proximity to Hong Kong.

Guangzhou Cuisine
Guangdong cuisine, known as Cantonese cuisine in the West, originates from Guangdong, the southernmost province in China. It is developed in Guangzhou, Huizhou and Chaozhou of Guangdong Province and Hainan Island. The recipes of Cantonese dishes appeared in the literature of the Han (206BC-220AD), Wei, South and North dynasties (220-587), became famous both at home and abroad at the beginning of the 20th century. The majority of overseas Chinese, especially in Southeast Asia, are from Guangdong (Canton), so Cantonese food is perhaps the most widely available Chinese regional cuisine outside China.

Manchu and Han Banquet
First promoted by the Guangzhou Restaurant in 1987, Manchu and Han Banquet was evolved from large imperial banquets held during the Qianlong reign period of the Qing Dynasty. The banquet consists of 108 courses, and may last three days, fully displaying Chinese traditional catering culture. 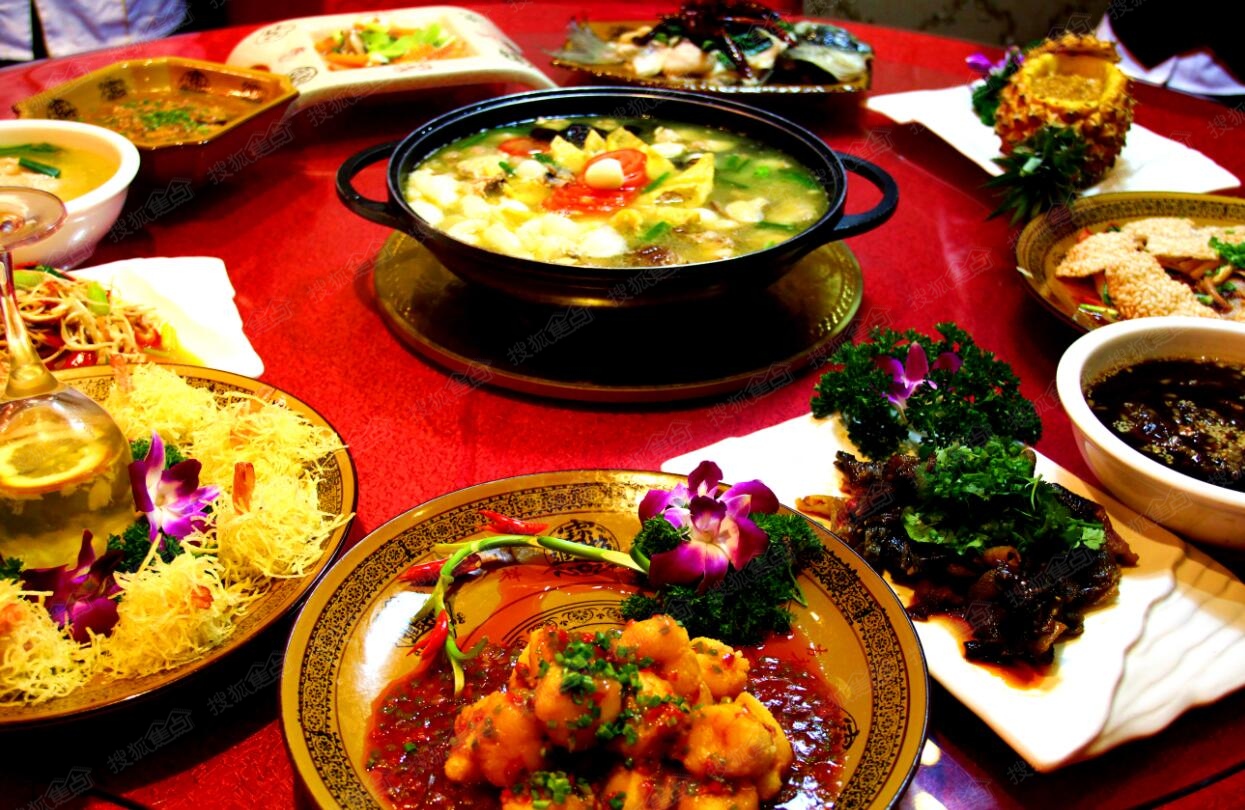 Aromatic Pot
Evolved from 'Monk Jumps over Wall,' a famous dish from Fuzhou, Aromatic Pot is made of various ingredients, such as chicken. goose, duck, fish's lip, dried mushroom, etc., which have been cooked separately beforehand, plus some Shaoxing cooking wine. Richly fragrant, this dish is nutritious and is suitable for people to eat in winter.

Baiyun Pig's Trotters
As one of the famous traditional dishes of Guangzhou, this course is made of pig's trotters soaked in spring water from Baiyun Mountain, hence the name. This dish is sour and slightly sweet, fat but not greasy, with refreshing and crisp skin. 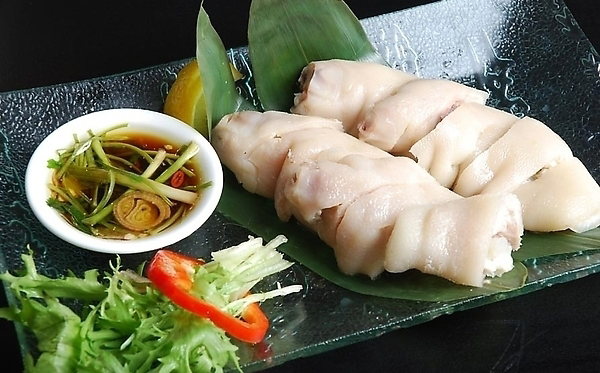 White Cut Chicken (slices of boiled chicken served cold with soy sauce and other condiments)
As one of the most common chicken dishes in Guangdong Cuisine, White Cut Chicken is easy to be prepared. This dish features tender and delicious meat, and original taste and juice.

Cantonese
Cantonese, or Standard Cantonese, is a variety of the Chinese language spoken within the city of Canton (Guangzhou) and its vicinity in southeastern China. It is the traditional prestige variety of Yue, one of the major subdivisions of Chinese.

In mainland China, it is the main lingua franca of the province of Guangdong and some neighbouring areas such as Guangxi, being the majority language of the Pearl River Delta. It is the dominant and official language of Hong Kong and Macau. Cantonese is also widely spoken amongst overseas Chinese in Southeast Asia (most notably in Vietnam and Malaysia, as well as in Singapore and Cambodia to a lesser extent) and throughout the Western world.

While the term Cantonese refers narrowly to the prestige variety, it is often used in a broader sense for the entire Yue subdivision of Chinese, including related but largely mutually unintelligible languages such as Taishanese. When Cantonese and the closely-related Yuehai dialects are classified together, there are about 80 million total speakers. Cantonese is viewed as vital part of the cultural identity for its native speakers across large swathes of southeastern China, Hong Kong and Macau.

Yuexiu Park
Yuexiu Park was named after the Yuexiu Hill in the park. Famous attractions are: Five Rams Stone Sculpture, which is regarded as the emblem of the city; Zhenhai Tower, the Sun Yat-sen Monument and the Ancient City Wall of the Ming Dynasty. Being a landmark of the city, the park is also one of the most favorite leisure park for local citizens.

Guangxiao Temple
Once was the residential house of Nanyue King Zhao Jiande, Guangxiao Temple is the grandest and most influential temple in the city with a history of more than 1,700 years. The key struction, Mahavira Hall, sits on the high pedestal with the Bell and Drum Tower erecting on each side. 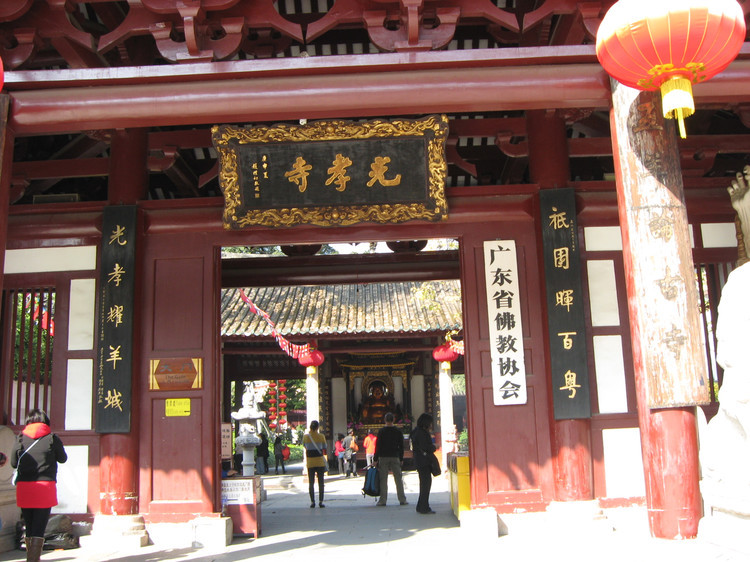 Temple of Six Bayan Trees
The Temple of Six Banyan Trees is one of the four celebrated Buddhist temples in Guangzhou, with the other three being Guangxiao Temple, Hualin Temple, Haizhuang Temple. With a history of over 1,500 years, it is famous for the Flower Pagoda (Hua Ta) in the temple.

White Cloud Mountain
The White Cloud Mountain got its name for the forming of a white cloud over its range. Its highest peak is Moxing Peak standing in the center of the mountain, 380 meters (1,246.7 feet) above sea level. It is also known as 'the First Peak under the Southern Sky'. 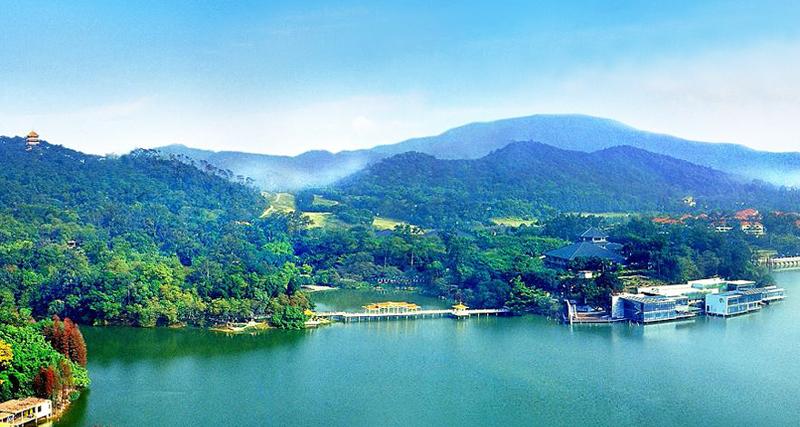 Guangzhou TV Tower
The Guangzhou TV Tower (also known as Canton Tower) is one of the world's most spectacular buildings. It serves as a radio and TV tower near Chigang Pagoda, Haizhu District, Guangzhou. It was finished in 2009 and opened to the public on September 29, 2010 for the 2010 Asian Games. 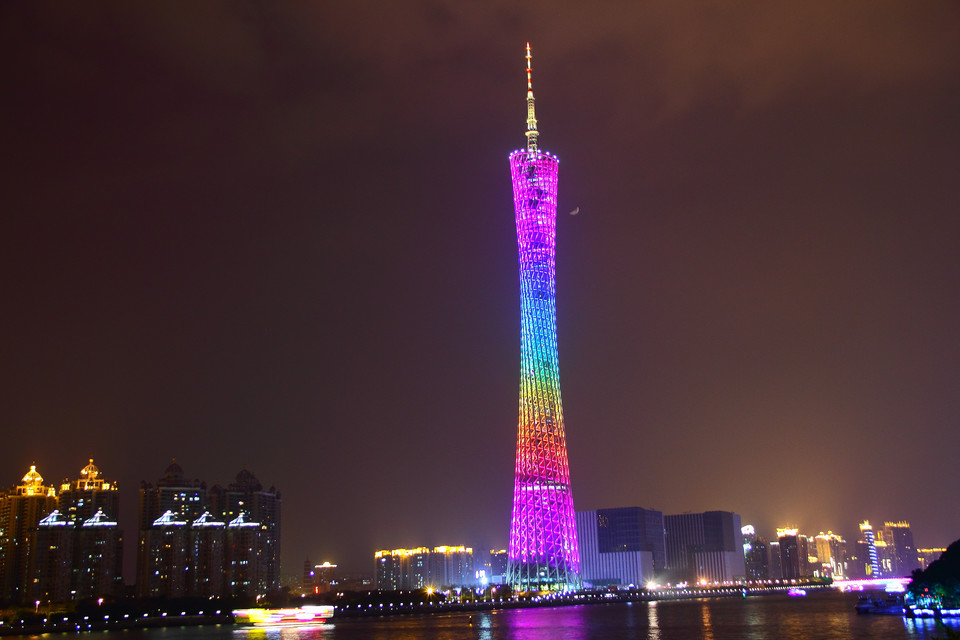 Pearl River
The 2,129 kilometer Pearl River is the third longest river and the second largest in terms of annual flow capacity in China. Legend tells that where the Pearl River flows through Guangzhou sits a gigantic stone island. Gradually washed and eroded by the roaring water, the stone became slick, smooth and shaped like a pearl. Thus is the origin of the name "Sea Jewel". 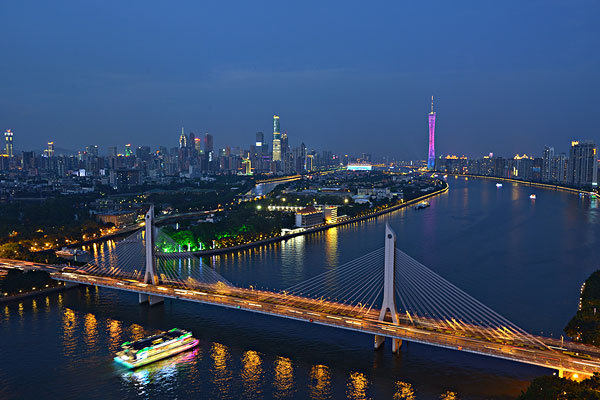