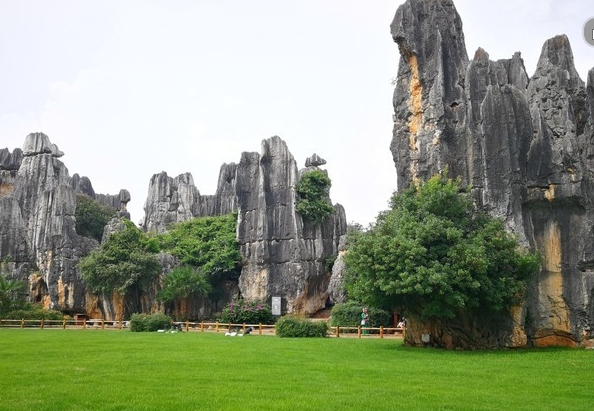 Introdution of Kunming
Kunming is the provincial capital of Yunnan province, which borders with Myanmar, Laos, and Vietnam to the south. At an elevation of 1,891m, the city is surrounded by mountains on three sides, with one side facing Dianchi Lake. With Wumeng Mountains in the north stemming the south-blowing cold air and moisture in the south from the Bengal Bay warm monsoon, Kunming enjoys a delightfully moderate climate year-round and is reputed to be known as "Spring City." There is a fairly even spread of temperature from April to September (15 C). The city can be visited at virtually any time of the year and one needs to only pack light clothing. Because of its favorable natural conditions, it has been chosen as the venue for the International Horticulture Exposition.

History of Kunming
Archeological evidence appears to indicate that Kunming has been inhabited for approximately 2,000 years. Records can be traced back to 722-481 BC when the first Chinese began inhabiting the area. Following this time, the area surrounding present-day Kunming has been witness to a succession of various kingdoms and dynasties.

The Kingdom of Dian was first established around Kunming during the Warring States period, and the township of Yizhoujun was established in 109 BC. The Nanzhao Kingdom took over Yizhoujun, making it one of its capitals. However, in 1274, the Mongols under Genghis Khan, captured the area (and pretty much most of China) as part of their quest to rule the world. Next, came the Ming Dynasty who claimed Kunming, then known as Yunnanfu. In the 19th century, tumultuous events marked the city due to several rebellious attacks against the reigning Manchus by the Muslims, led by the Sultan of Dali. This stream of violence and destruction was to continue for about fifteen years until the rebellion was finally overthrown.

During the turn of the century, the imperial forces of Britain and France made their way to Kunming, both of whom wanted to exploit the area's natural resources. This paved the path for Kunming's development into modernism. During the Second World War, Kunming proved to be invaluable for the Allied Forces and Nationalists fighting against the Japanese. Because it was located far from the Japanese forces, Kunming became the city to supply aid and supplies for the troops. Supplies were carried to troops on the famous Burma Road. Munitions factories sprang up in Kunming, as well as a thriving black market. With an influx of Chinese refugees from the east fleeing the Japanese, Kunming expanded as a city, establishing itself as an industrial and manufacturing base.

Under the reign of Mao Zedong, Kunming faced socially turbulent years during the Cultural Revolution. Many individuals were persecuted, exiled and tortured by the fanatical Red Guards. Many cultural relics were destroyed as well, although a few temples and buildings managed to survive. Geographically isolated from the government power base up north, Kunming and Yunnan province has always stood apart from the rest of China. It was often the place to send people into exile during the revolution.

One of the major developed cities in Southwest China, modern-day Kunming is thriving. Recently, it has seen the growth of its tourism industry and increasing foreign investment. The city is rapidly modernizing with more office and residential buildings being built everyday.

Bamboo Temple
Bamboo Temple (Qiongzhu) is a famous Buddhist temple situated about twelve kilometers from Kunming in the Yu'an Mountains.Bamboo Temple is most famous for the 500 Buddhist arhats (famous monks and saints from Chinese Buddhism) that were sculpted from clay over seven years during the Qing Dynasty when the temple was being rebuilt, by the renowned artist Li Guangxiu and his students. 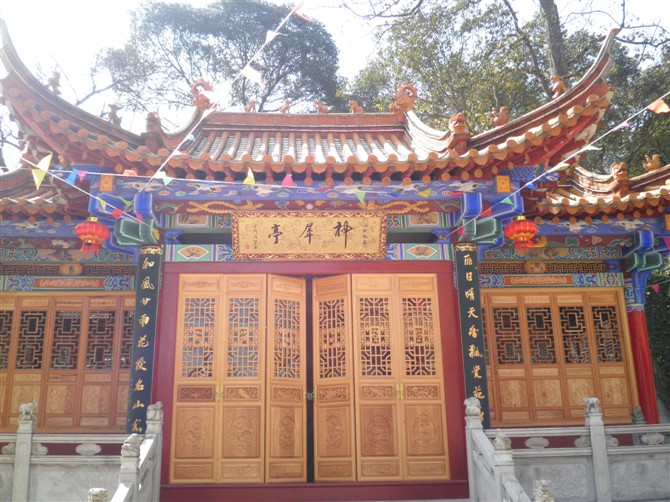 Dian Lake
Dianchi Lake, also known as Lake Dian and Kunming Lake, is a large lake located on the Yunnan-Guizhou Plateau close to Kunming, Yunnan, in southern China. Its nickname is the "Sparkling Pearl Embedded in a Highland" and it was the model for the Kunming Lake in the Summer Palace in Beijing. Its name is the source of Yunnan's Chinese abbreviation ?. 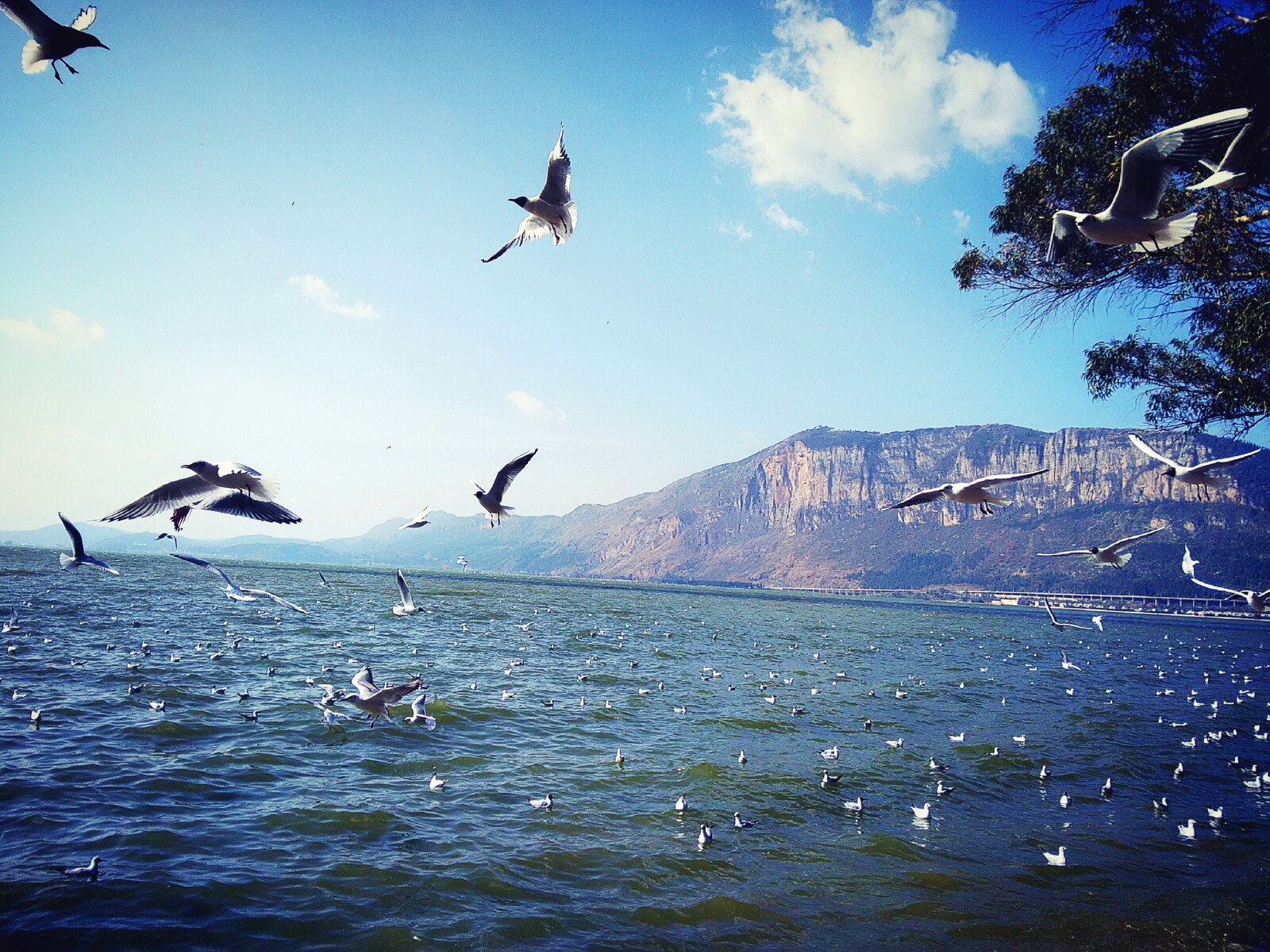 The Stone Forest
The Stone Forest or Shilin is a notable set of limestone formations about 500 km^2 located in Shilin Yi Autonomous County, Yunnan Province, People's Republic of China, near Shilin approximately 90 km (56 mi) from the provincial capital Kunming.

The tall rocks seem to fall to the ground in the manner of stalagmites, with many looking like petrified trees thereby creating the illusion of a forest made of stone. Have been UNESCO World Heritage Sites as part of the South China Karst. 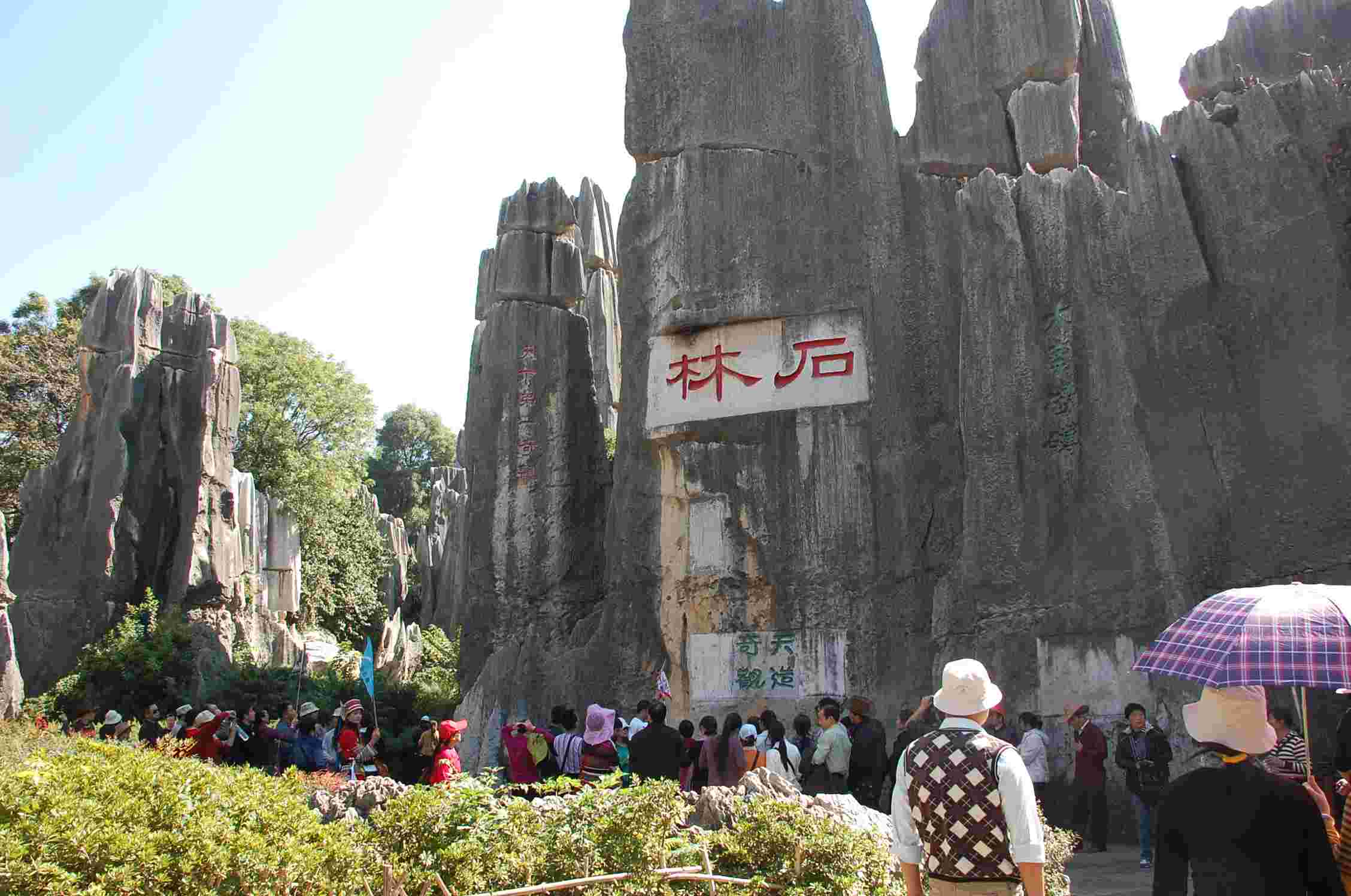 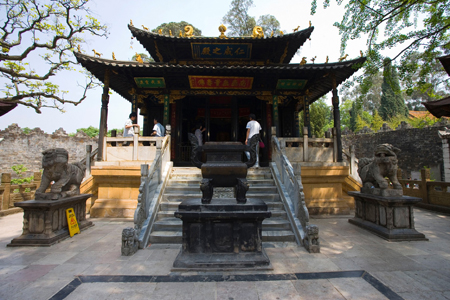 Steaming-Pot Chicken
This dish has a unique taste for the exquisite procedure and the superior ingredients. Put the chicken in to a pot with a hollow tube in the center with ginger, a shallot, mushroom, pepper and salt. While steaming, steam from the tube contacts the cold pot cover turning to water, then flows back into the pot to become delicious chicken soup. After steaming for about four hours, a pot of delicious soup will be finished. 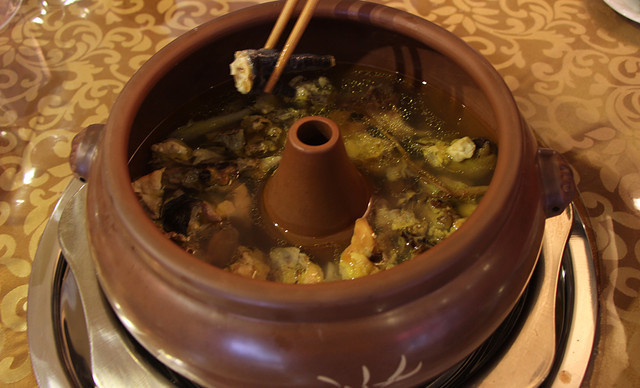 Bittern Duck
Enjoy a history of about more than 600 years, this dish has become a first choice for tourists. The ducks are fed in the Dianchi Lake. With ten steps preparation, it can be served. Golden and bright with a soft flavor, you will love it. 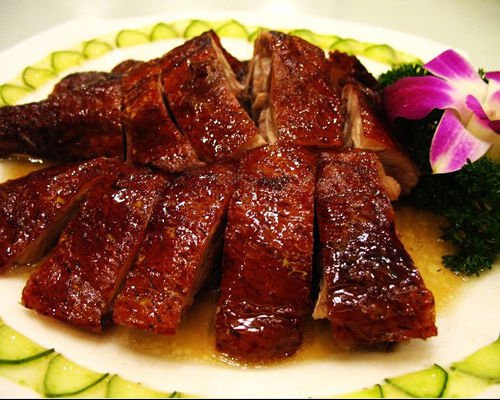 Across Bridge Rice Noodle
The most popular dish for local people and tourists. It has three main parts: a bowl of extremely hot chicken broth, various slices of meat, including chicken, fish, and meat up to nine varieties, with various seasonings and rice noodles. Put the meat and seasoning to the soup first, then the rice noodles. 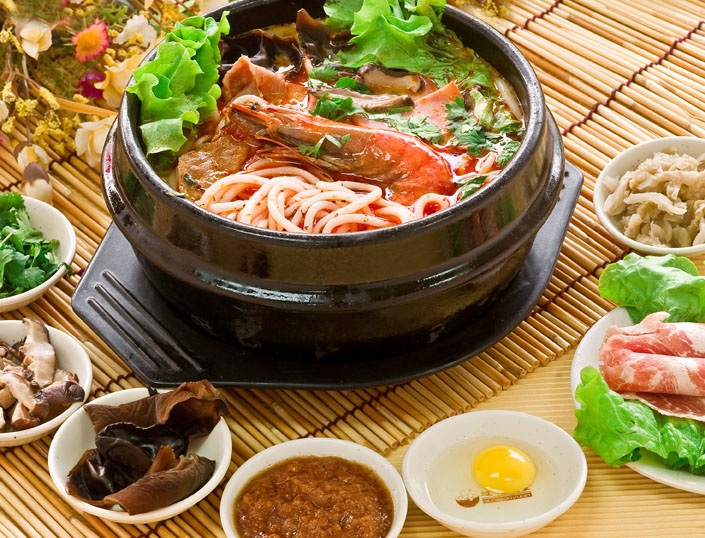 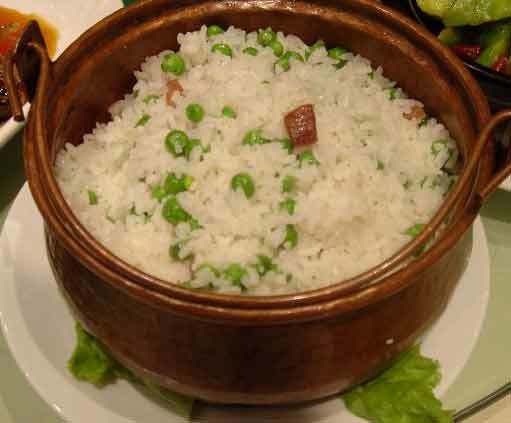 Minority in Kunming
Kunming is home to many ethnic minority groups and is the focal point of Yunnan minority culture. Among the existing 26 minority groups in the area, the Yi, Bai, Dai, Naxi, and Zang (Tibetan), are the most famous. They each have their own independent cultures, customs, languages, and history. Most of them also have their own religious beliefs, including Tibetan Buddhism, Taoism, and Islam. In the past couple of thousand years, they have co-existed in peace and harmony. At present, many live in over-lapping areas and biracial marriages between them are quite normal. 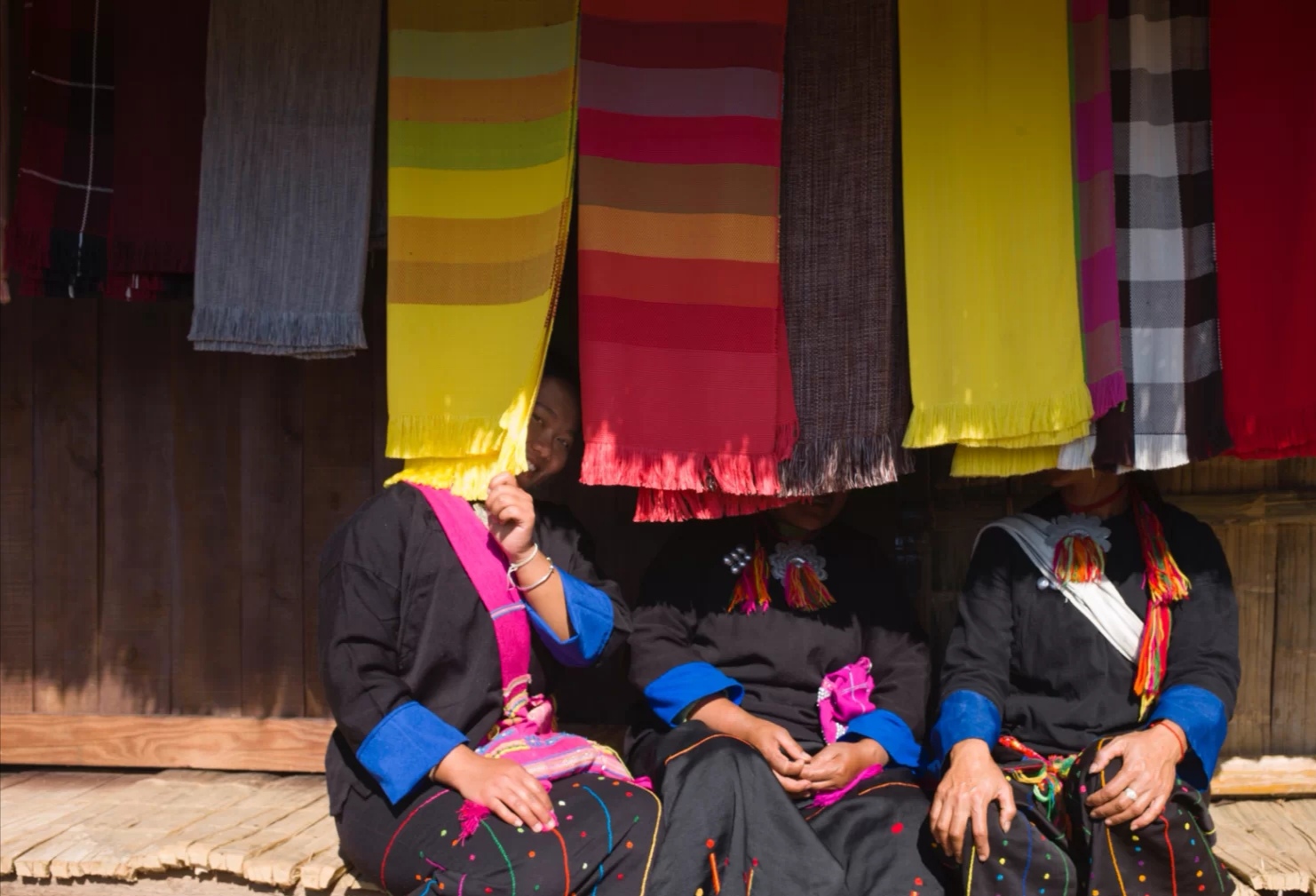